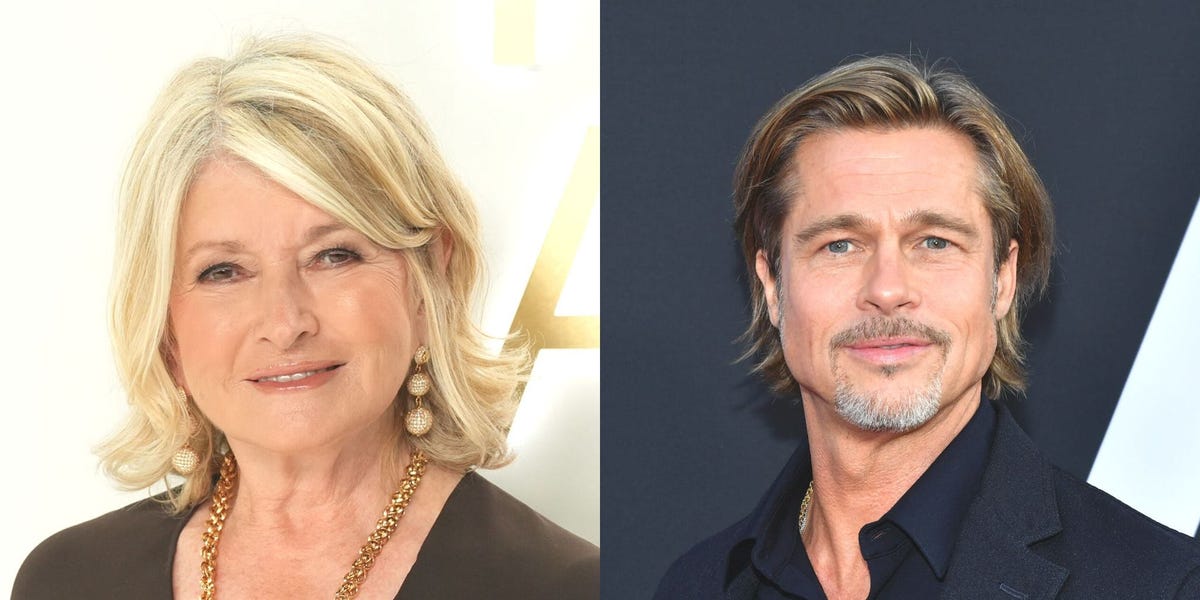 Martha Stewart said that she wouldn’t know how to act if she ever met Brad Pitt as she is such a huge fan of the actor that she follows a fan account for him on Instagram.

Appearing on “The Tonight Show” on Thursday, the lifestyle guru chatted to host Jimmy Fallon about her friendships with some of the biggest names in entertainment, namely the Kardashian family and rapper Drake. She was then asked whether there is any celebrity she has been left starstruck by.

While Stewart, 81, couldn’t think of anyone, she did share that there is one star she would love to meet that she hasn’t had the chance to yet: Brad Pitt.

“Well, if I could meet — I was asked this question once — I’ve been sort of fascinated with this very handsome young boy on Instagram,” Stewart said. “He’s called Brad Pitt.”

“You follow Brad Pitt?” Fallon asked, and the “Martha Stewart Living” host explained that the account she follows is a “Brad Pitt fan club” since the 58-year-old actor does not use the social media platform.

“They’re fan pages, I guess, I don’t know, but whatever it is, he looks better and better as the years go by,” she said, laughing.

“I just sort of melt when I look at those pictures,” she continued. “I mean, he is so cute!”

“I love that you love Brad Pitt,” Fallon said, and Stewart responded: “I do, I do.”

Last month, Stewart gave an update on a possible date with Pete Davidson after she was informed on “The Drew Barrymore Show” that the internet is fascinated with the idea of the two hooking up.

She told Entertainment Tonight on the red carpet at the CFDA Fashion Awards that she had not yet had her date with the “Saturday Night Live” star. “Well, one day, you’ll know when we have our date,” she said.

Stewart might have missed her opportunity as Davidson, who split from Kim Kardashian in August, is reportedly now dating model Emily Ratajkowski, according to a source quoted in People.

According to People, Pitt is also off the market. The Oscar winner — who is currently dealing with a divorce and custody battle with ex-wife Angelina Jolie — has reportedly been dating Swiss jewelry exec Ines de Ramon, 32, “for a few months.”

“They met through a mutual friend. She is very nice,” a source said of de Ramon, who separated from her husband, “Vampire Diaries” star Paul Wesley, earlier this year.