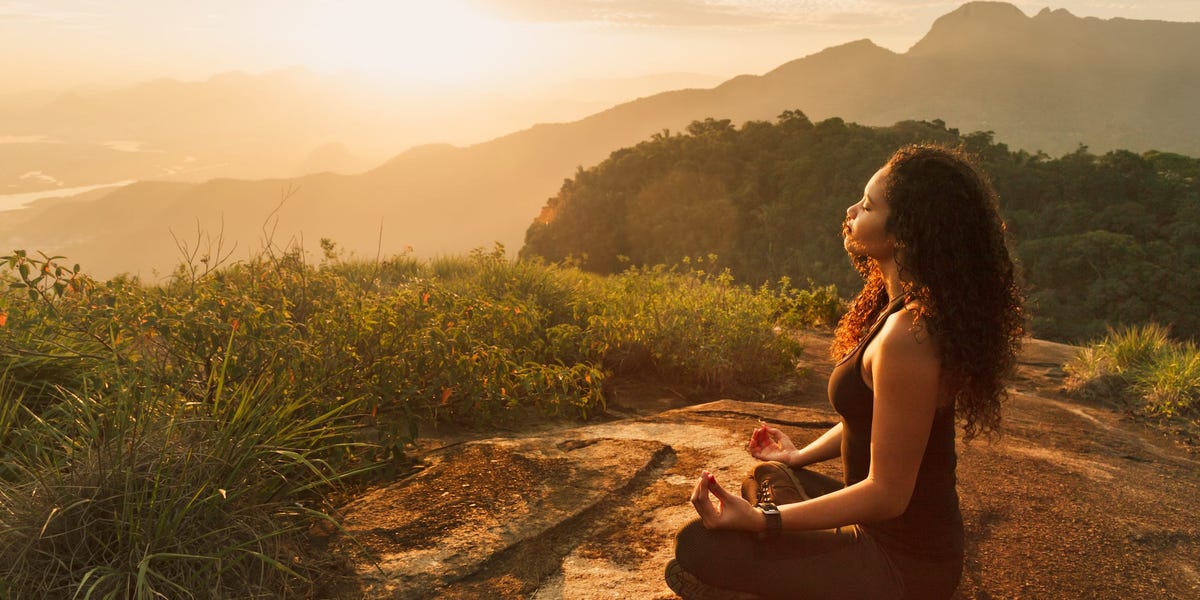 A new study of more than 200 adults found daily meditation was just as effective at curbing anxiety as the drug Lexapro (escitalopram).

The study, published in the journal JAMA Psychiatry on Wednesday, builds on years of research that suggests mindfulness and relaxation can help treat anxiety disorders, but this is one of the first times that a common selective serotonin reuptake inhibitor (SSRI) — in this case Lexapro — was compared head to head against mindfulness meditation in a large, controlled trial.

“Our study provides evidence for clinicians, insurers, and health care systems to recommend, include, and provide reimbursement for mindfulness-based stress reduction (MBSR) as an effective treatment for anxiety disorders,” study author Dr. Elizabeth Hoge, who directs the Anxiety Disorders Research Program at Georgetown University, said in a release.

During the study, which lasted two months, more than 100 participants with anxiety disorders were trained in MBSR techniques including breath awareness, body scanning, and mindful movement. They were instructed to meditate at home for 45 minutes a day, attend a mindfulness-based stress reduction class once a week, and also went on one day-long weekend retreat during the study. Very few of the patients were on any anti-anxiety medication when the trial began, though a few people were already consistently taking low-dose antidepressants (trazodone, benzodiazopenes).

More than 100 people in a separate group, who also had anxiety disorders, took a newly-prescribed SSRI drug (escitalopram) once a day, for eight weeks.

At the start and end of the trial, all participants were evaluated using the same, commonly used anxiety-measuring scale. Meditators and medicated patients both experienced significantly reduced severity in their anxiety, by about 30%.

“Once you have awareness of an anxious reaction, then you can make a choice for how to deal with it,” Olga Cannistraro, who participated in an earlier meditation study run by Hoge, said in a statement.

“It’s not like a magic cure, but it was a lifelong kind of training. Instead of my anxiety progressing, it went in the other direction, and I’m very grateful for that.”

There are a few key demographic features to note about the study:

Anti-anxiety drugs come with a buffet of bad side effects

People who took medication during the study suffered many more side effects of their treatment than the meditators. Those who took SSRIs had trouble sleeping, nausea, headaches, decreased libido, and dizziness, among other issues — all common complaints among people taking SSRIs.

The only treatment-related issue people complained of in the meditation group was increased anxiety (11% of the patients had this issue.)

Though the drug came with far more side effects, it was also easier for people in the study to continue it afterwards. Six months after the study concluded, researchers found about half of the medicated group was still taking their drug voluntarily, while only 28% of the meditators were keeping up with a regular home practice, at least four times a week.

“It is important to note that although mindfulness meditation works, not everyone is willing to invest the time and effort to successfully complete all of the necessary sessions and do regular home practice, which enhances the effect,” Hoge said.