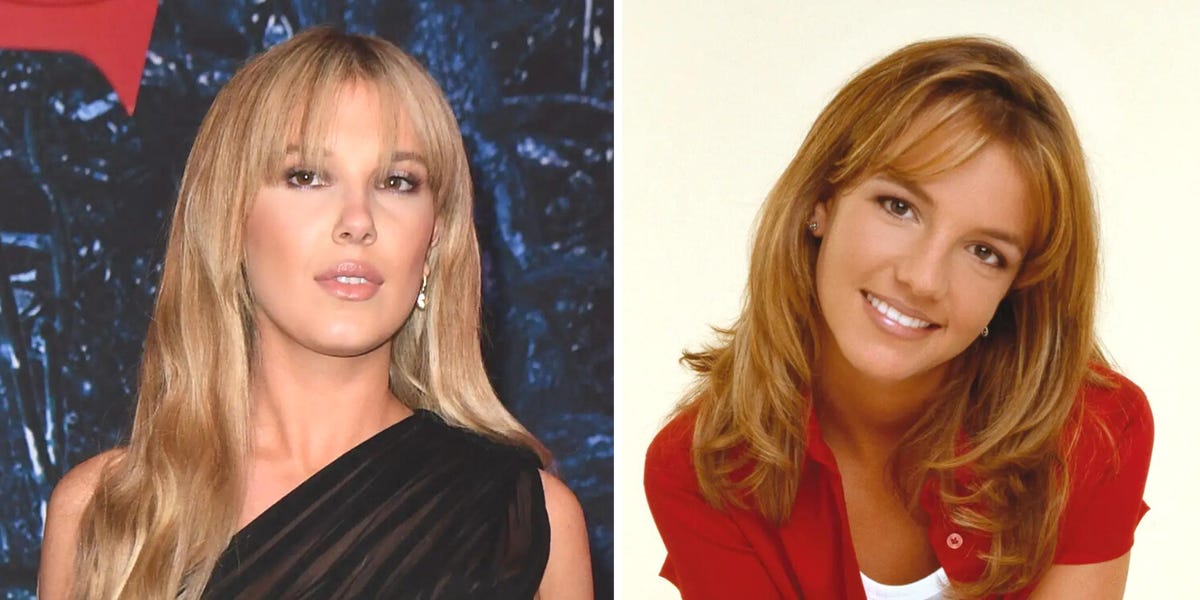 In a new interview on “The Drew Barrymore Show” Monday, Brown was asked what was on her bucket list as an actor and producer.

“I want to play a real person and I think for me, [it] would be Britney Spears,” Brown replied.

The 18-year-old actor continued: “I think her story, first of all, resonates with me. Growing up in the public eye, watching her videos and watching interviews of her when she was younger.”

Spears first got into performing in 1989 by starring in “The All New Mickey Mouse Club” at the age of 11 alongside Justin Timberlake and Ryan Gosling. At 16, she got her big break with her debut album, “…Baby One More Time.”

Similarly, Brown began acting at the age of 9, guest-starring on a show called “Once Upon a Time in Wonderland” in 2013. Brown’s breakout role came with Netflix’s “Stranger Things,” which she joined when she was 12.

Gesturing to Barrymore, a former child actor, Brown added in the interview: “I mean the same thing with you, it’s like, I see the scramble for words. And I don’t know her but when I look at pictures of her I feel like I could tell her story in the right way and hers only.”

Brown has previously spoken about growing up in the spotlight, such as in an Instagram post made on her 16th birthday.

“There are moments i get frustrated from the inaccuracy, inappropriate comments, sexualization, and unnecessary insults that ultimately have resulted in pain and insecurity for me,” Brown wrote in the February 2020 post. “I feel like change needs to happen for not only this generation but the next.”

Recently, there has been a rise in musical biopics in Hollywood. Elton John, Freddy Mercury, Elvis, and Aretha Franklin have all received the biopic treatment over the last few years, and a film about Whitney Houston, “I Wanna Dance with Somebody,” premieres next month.