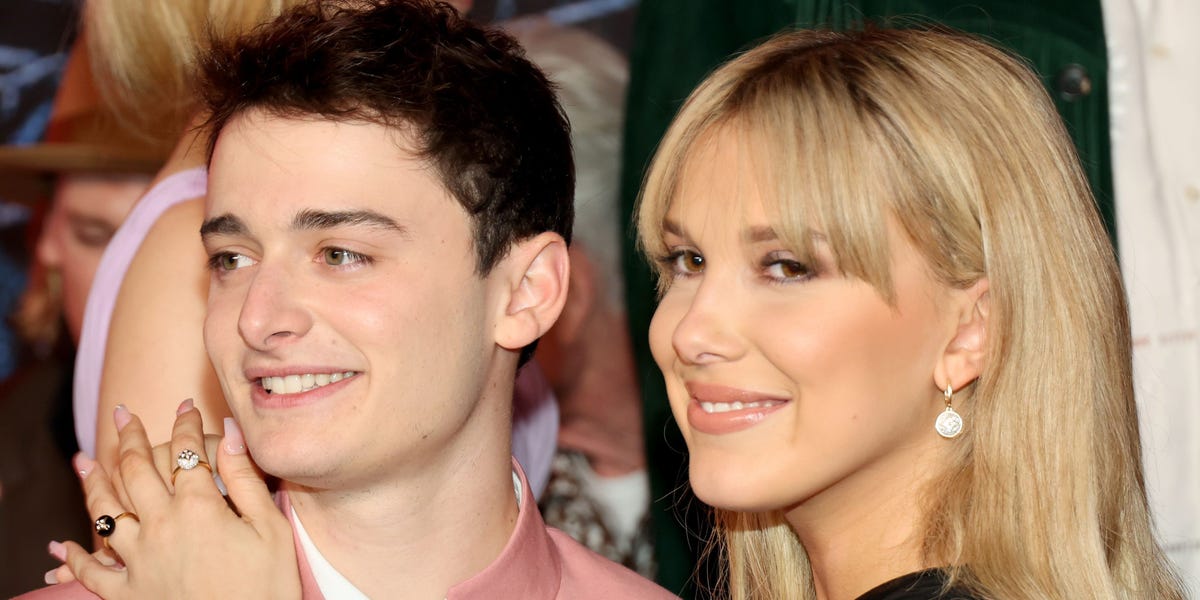 Millie Bobby Brown said that her boyfriend, Jake Bongiovi, realized immediately that she and Noah Schnapp were platonically “in love.”

Speaking to Drew Barrymore during an appearance on the “Drewber” segment of her show, the pair conversed in the car about “Stranger Things” and Brown’s most recent film, “Enola Holmes 2.” Brown said that Bongiovi realized right when they first met that she and Schnapp had a special connection.

“Jake — by the way, who is my boyfriend — when we first met, Jake was like, ‘You guys are in love,'” Brown told Barrymore. “But it’s in the most platonic way.”

Brown and Schnapp have previously spoken about how their close relationship developed over the course of filming “Stranger Things,” which premiered on Netflix in 2016. The pair said in an MTV News video that they had made a marriage pact that would go into effect if they were both single at age 40, and that their friendship had made their work on “Stranger Things” stronger.

Brown and her boyfriend Bongiovi, who is Jon Bon Jovi’s son, made their relationship Instagram official in November 2021, with Brown posting a photo of the pair sharing a kiss while riding the London Eye. The couple later made their red carpet debut at the 2022 BAFTA Film Awards in London in March, and Brown attended both the “Stranger Things” and “Enola Holmes 2” premieres in New York with Bongiovi at her side.

When it comes to Schnapp, however, Brown said that their relationship has always been one of friendship.

“We were always able to kind of connect with each other, and it’s so platonic, which is so beautiful,” Brown told Barrymore.