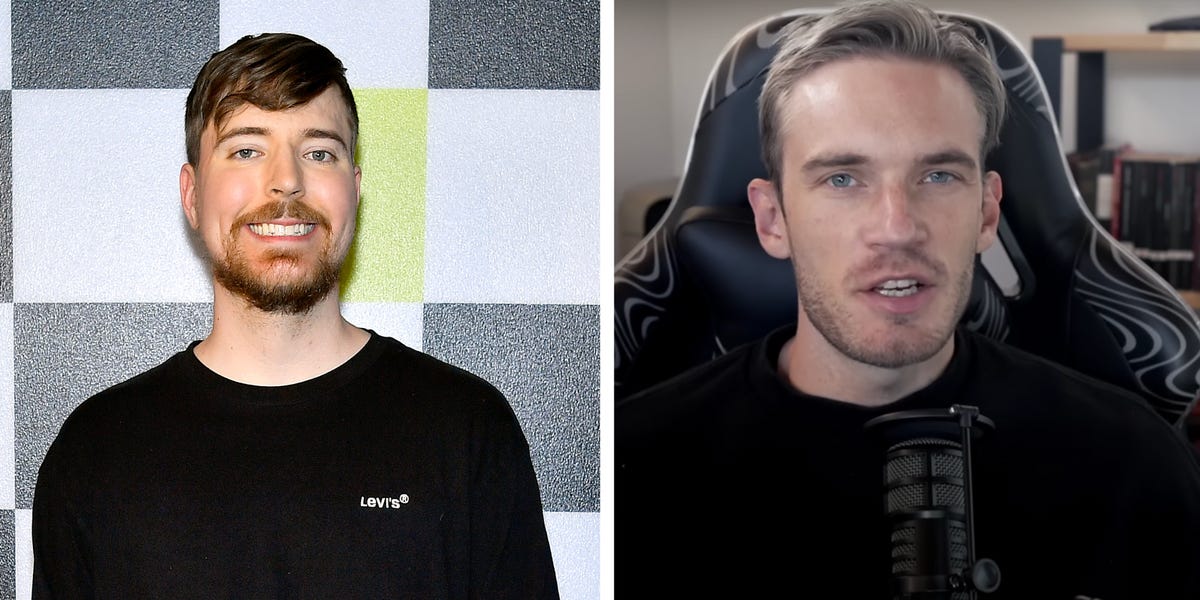 Donaldson said he admires how ‘humble’ Kjellberg is, even if he isn’t ‘trying super hard’ with his videos.

Over the course of 2021, Donaldson’s views and subscriber count continued to skyrocket. He gained roughly 33 million subscribers that year, while Kjellberg gained 2 million over the same period, according to analytics tracker SocialBlade.

In September 2021, Donaldson made a guest appearance on “Impaulsive,” a podcast hosted by influencer Logan Paul, to discuss his online success.

In the episode, Paul commented that Kjellberg must be “shaking in his boots” because of how fast Donaldson was growing, but Donaldson replied by saying that it does not seem Kjellberg is striving to produce content and maintain his position.

“He’s kind of just not tried super hard. I mean, I still enjoy the videos, but he’s pretty checked out,” he said.

Donaldson added that he appreciates how “humble” Kjellberg appears to be, despite his large following.

“Anyone else in his position would be so arrogant, and it would go to their head,” he said.