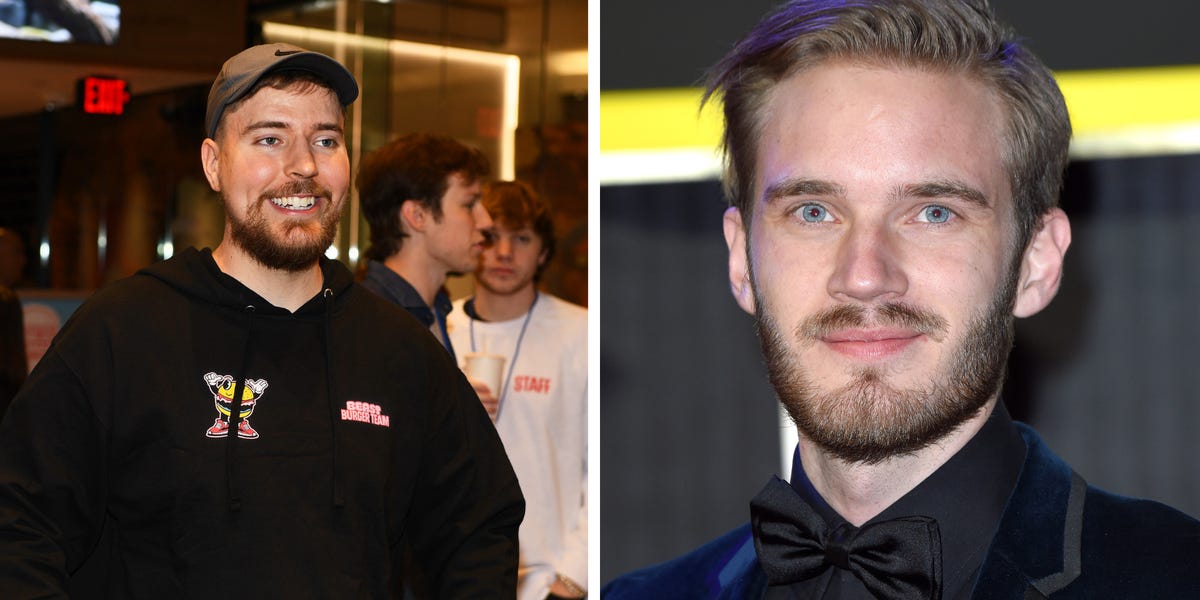 America’s biggest YouTuber MrBeast is set to overtake PewDiePie as the most-followed YouTuber in the world.

On November 11, MrBeast, whose real name is Jimmy Donaldson, hit 111 million YouTube subscribers, according to analytics tracker SocialBlade. This puts him on a par with Swedish YouTuber PewDiePie, who has been the most-subscribed individual creator on the platform since 2013.

Donaldson shared his reaction to hitting this new milestone on Twitter on November 12, sharing a screenshot that appeared to show his current subscriber count.

The YouTuber then said he bought 1,111 lottery tickets as a way of celebrating, sharing a picture that appeared to show a stack of tickets for the “North Carolina PowerBall” lottery.

Donaldson reached the 100-subscriber mark on July 28, celebrating by live streaming his reaction for his followers.

“I appreciate every single one of you that watches the videos. This is literally all I’ve ever done with my life,” he said in the live stream, adding: “All I do is wake up every day and obsess over how to make the best videos possible. It’s all I care about. It’s the only thing that’s ever really made me happy.”

Donaldson has been active on YouTube since 2012, but rose to fame in 2018 by donating thousands of dollars to small Twitch streamers and YouTubers. More recently, he has filmed elaborate competitions where fans take part in videos with the chance to win large prizes. Last year, he recreated the Netflix show “Squid Game” for a competition involving 456 supporters, and in June, he gave away $500,000 to a fan in a competition inspired by “Willy Wonka & the Chocolate Factory.”

PewDiePie, whose real name is Felix Kjellberg, has been active on YouTube since 2010 and was initially known for posting gaming content on the platform, although he since branched out into lifestyle vlogs, challenges, and commentary videos. In August 2019, he became the first individual creator to hit the 100 million subscriber milestone.

Four months later, Kjellberg announced that he was planning on taking a break from YouTube after saying he was dealing with burnout, and since then, he has posted less frequently on the platform overall. In May, he revealed that he had moved to Japan from his previous home in Brighton, England, and has been sharing vlog-style updates with fans on his life in a new country.

In August, Kjellberg said he was aware that Donaldson was likely to overtake him as the most-subscribed individual YouTuber, saying in a video that he thinks Donaldson “deserves it.”

“Come on, I’ve been retired for like two years now. I can’t wait for it to be over,” he added.

While Donaldson and Kjellberg are YouTube’s most subscribed-to individuals, they are five non-influencer channels with more subscribers, topped by Indian music label T-series, which has 229 million.