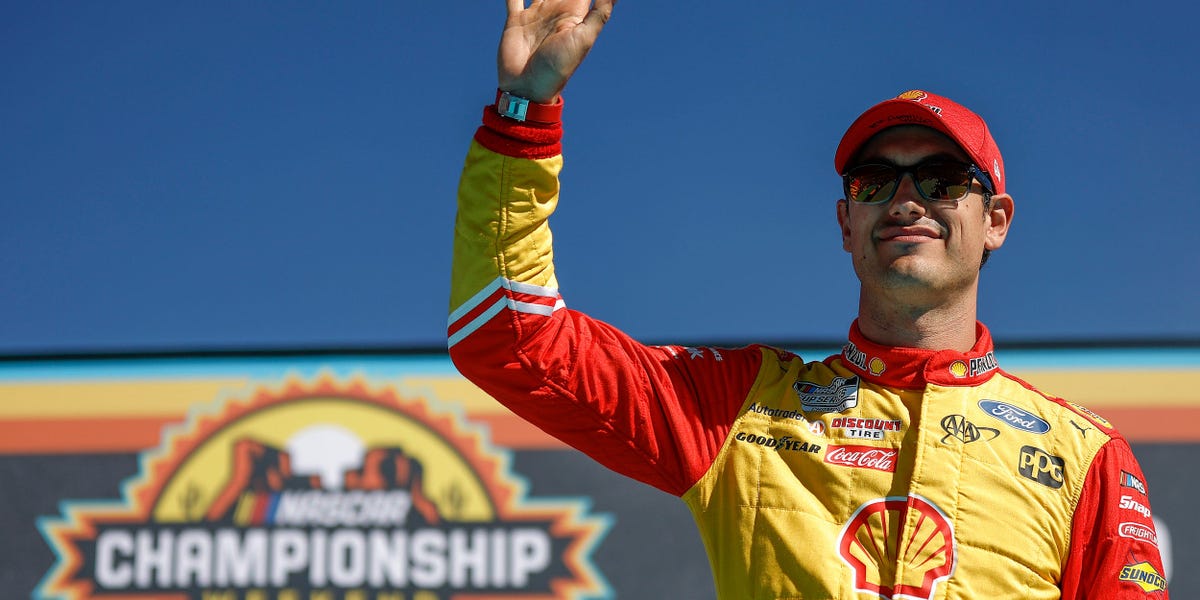 NASCAR’s playoffs are not loved by everybody, but this year’s incarnation had been must-see TV until it all came crashing down with a dud of a championship race.

That is, unless you are a Joey Logano fan.

Logano captured his second NASCAR championship with the auto racing equivalent of a blowout win. Starting from the pole, Logano led 187 of the 312 laps, including the final 30, and was never seriously challenged by the other three drivers competing for the title, Ross Chastain, Chase Elliott, and Christopher Bell.

And that only begins to tell the tale of how nothing went well for NASCAR, as one ill-timed wreck and mid-race fuel strategy sucked the drama out of their most important race.

Midway through the race, things started to get weird as teams began asking their drivers to conserve fuel. While this is not uncommon at the end of races, it is pretty rare for the middle of a race.

Because of the shorter one-mile track at Phoenix Raceway and the lack of cautions early in the race, most drivers chose not to pit before the end of the second stage for fear of losing a lap to the leaders. So three of the four contenders — Elliott did pit for fuel — essentially stopped racing for 60 laps as they conserved fuel.

NBC announcer Jeff Burton summed up the impact during the race.

“This puts everything on pause in terms of battling for the championship,” Burton said. “If you’re saving fuel, you’re not on the offense trying to move forward. So everything about the championship battle sits and waits until this fuel savings is over.”

The next bad break came early in the final stage on a restart when two contenders made contact.

Chastain had good momentum on the restart and moved to the inside of Elliott, who then tried to move in front of his rival only to make contact and spin.

That spin caused some suspension damage to Elliott’s car. While he was able to continue, he fell to 30th and did not have the speed to move back up the field.

The wreck effectively eliminated NASCAR’s most popular driver, with many blaming Chastain, who has a history of aggressive moves against other drivers.

Meanwhile, after Elliott spun, Logano’s strongest challenger was Chastain, who raced his way into the championship with his wild final lap in Martinsville. While his car might have been able to challenge Logano, Chastain struggled in qualifying, started 25th, and spent most of the race just trying to get to the front.

While Logano spent most of the afternoon with open sailing and clean air, Chastain was constantly in heavy traffic, including the spin of Elliott, and finished a distant third.

In the end, Logano’s biggest challenge for the race win came from his own teammate, Ryan Blaney, who was never going to seriously challenge Logano. Instead, Blaney was situated perfectly at the end of the race as a defensive buffer in case Chastain could catch the duo, which he never did.

The other 3 contenders would have all been better stories

There is nothing wrong with Logano winning his second title. He and Elliott were the best drivers all year, and Logano dominated when it mattered most.

Elliott would have been a better story, had he won a second championship by age 26. Winning multiple titles is when drivers enter elite status. While Logano is undoubtedly a Hall of Famer, he is not considered an all-time great. On the other hand, fans love greatness, and the uber-popular Elliott would have started to enter that conversation with a second title.

Chastain would have been a more compelling story, given his controversial season and mind-blowing move to slingshot his way into the championship race, a move that transcended the sport. The former watermelon farmer also made it this far by successfully avoiding revenge from other drivers throughout the playoffs, including Elliott in the final race.

Like Chastain, the 27-year-old Bell would have been a better story thanks to how he qualified for the Championship 4. Twice he needed a win to avoid elimination in the playoffs, and twice he came through, including his overshadowed dramatic performance at Martinsville. Unfortunately for Bell, he didn’t have the car he needed on Sunday and finished 10th.

Instead, for NASCAR, where they were trying to build on the layers of dramatic flavors from the earlier playoff races, Logano as champion is pretty vanilla.