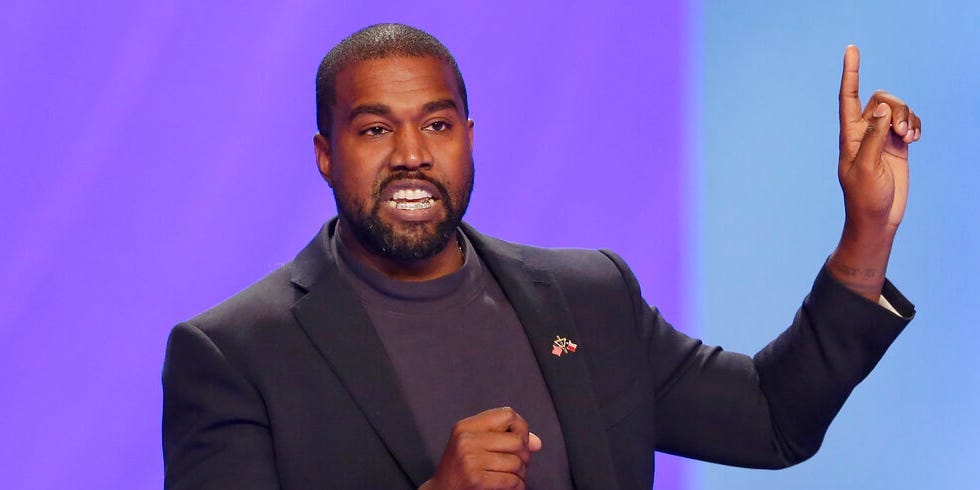 Fallen billionaire and rap mogul Kanye West, also known as Ye, reportedly spewed controversial and far-right rhetoric during a 2019 interview with David Letterman that was later removed before airing on Netflix.

The interview aired in late May 2019 on the second season of Letterman’s “My Next Guest Needs No Introduction,” in which Ye defended Donald Trump supporters, discussed his mental health issues, and talked about his “beef” with music artist Drake.

While it was shot in January 2019 at the Nate Holden Performing Arts Center in Los Angeles, several audience members recently told TheWrap the version of the interview that appeared on Netflix left out some key moments — including Ye victim-blaming Rihanna for being a survivor of domestic violence and saying Trump supporters were treated like Nazis.

Ye also reportedly said he feared becoming “MeToo-ed” like an unidentified friend in the music industry. Noah Reich, an audience member at the taping, told TheWrap that Ye spoke about a powerful group within Hollywood that brought the #MeToo movement into being. Reich believed he was referring to Jewish people.

At certain points, Reich said he and other audience members shouted at West and questioned his remarks. When Ye claimed that Trump followers are treated like Nazis, Reich said he responded aloud with “because they are Nazis” before receiving applause.

Ye and Letterman continued the interview without acknowledging the audience’s remarks, Reich said.

“It was shocking to see that Kanye West could share harmful alt-right beliefs, conspiracy theory after conspiracy, and misogynistic beliefs about women for the majority of the interview and end up with an edit that removed all those items in favor of celebrity fluff content,” Reich told TheWrap.

An audience member identified as Larry F told the Wrap that he’s “not sure what legalities they’re dealing with” but he didn’t find the Netflix episode to be “an honest assessment of what went on that night.”

Worldwide Pants, Inc., Letterman’s production company, told TheWrap that “the producers went to great lengths to accurately present” West’s viewpoints. The production company, which partnered with another called Zero Point Zero Production Inc. to produce the show, added that “unfounded attacks on specific individuals are not included out of privacy, accuracy, and legal concerns.”

Netflix, The Wrap said, argued a similar point and maintained that parts of the interview were condensed for length.

On October 28, writer and political commentator Elad Nehorai shed light on the situation in a Substack, citing an anonymous audience member. “The most harmful part of this, and this should be the focus, is that David Letterman did nothing, and that most of it didn’t air,” Nehorai wrote.

Within the past month, Ye has called Black Lives Matter “a scam,” said in a deleted tweet that he was “going death con 3 on JEWISH PEOPLE,” and appeared on The Brilliant Idiots podcast saying that his ex-wife Kim Kardashian “is out here fucking a white boy [Pete Davidson] with a 10-inch penis.”