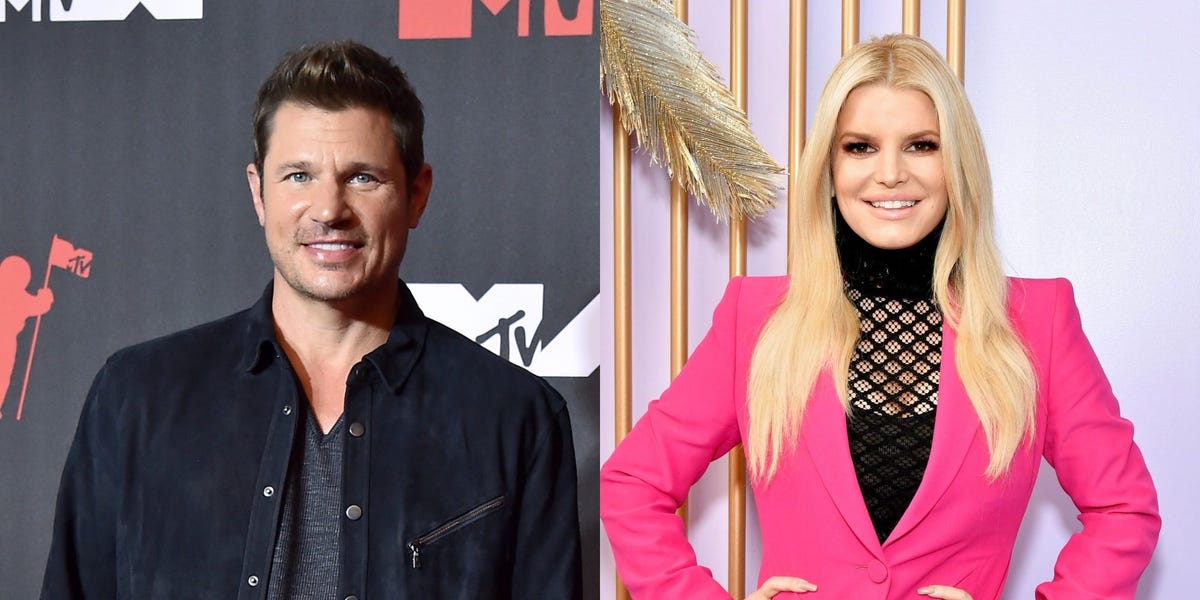 Nick Lachey appeared to reference his first marriage to Jessica Simpson on the “Love Is Blind” reunion special.

Cast members Matt Bolton and Colleen Reed, who married on the dating reality series, were sharing how happy they were in their new relationship, to which co-host Lachey replied, “It’s always better the second time around.” Then he and Bolton bumped fists.

The two seemed to be sharing a moment of understanding on moving on after their first marriages: Matt’s first wife cheated on him and became pregnant by another man — an experience that triggered his worst fear throughout the “Love Is Blind” process — whereas Lachey’s high-profile divorce from Simpson made headlines in the early 2000s.

Lachey hosts both “Love is Blind” and “The Ultimatum,” another Netflix dating reality series, alongside his wife Vanessa. Earlier this year, she also referenced his first marriage, albeit in a more direct manner.

“He was literally in a very public marriage and a very public divorce and I had to go through all that shit very publicly and it was very hard for us,” Vanessa said on “The Ultimatum.” She explained that they both had to “let go” of Nick’s past relationship with Simpson and even “took a break” for a bit.

“We both saw one other person and we realized if we got out of our own way we could be amazing together, but it took seeing somebody else and me realizing I don’t mind the things I thought bugged me,” she continued.

The Lacheys aren’t the only ones who have mentioned Nick and Simpson’s divorce in the press. Simpson wrote openly about her decision to leave her ex in her 2020 memoir “Open Book.” She also said on CNBC’s “Closing Bell” (via USA Today) that her “biggest money mistake” was her marriage to Nick.