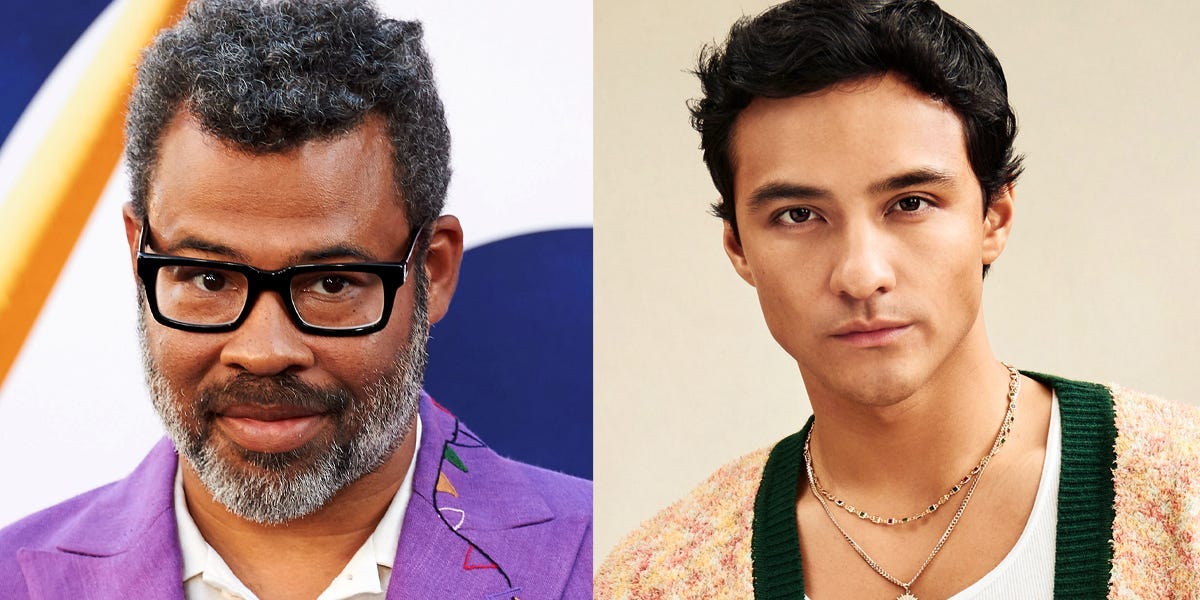 Audiences had high expectations for Jordan Peele’s “Nope,” after “Get Out” and “Us” delivered chilling stories about race, modern society, and oppression.

Nope” heads down a different route as OJ (Daniel Kaluuya) and his sister, Emerald (Keke Palmer), try to get the first photo of alien life after the creature causes chaos in Agua Dulce, California.

They also recruit sales assistant Angel Torres (Brandon Perea) to their cause since they need security cameras and surveillance equipment to figure out the alien’s movements.

Perea quickly caught the attention of critics and audiences alike thanks to his comedic, scene-stealing nature, and he’s since been accepted into BAFTA’s 2022 Breakthrough program so he can develop his career even further.

In an interview with Insider, Perea said that he even managed to make Peele laugh during his audition.

The star explained that while the script was funny, he brought his own experience of going to tech stores as a teenager to the role, as he recalled: “No one there was happy.”

Perea said: “So I just brought that energy to it and it was different to what they saw in the other auditions, I guess, and that stood out and made Jordan laugh. He said, ‘I don’t laugh too often, man, you got me to laugh.'”

After that, Perea went into a callback with Peele, but a miscommunication meant the actor thought he was going into an improvisation session, rather than another script read. But the director wanted to see what else the star could do with the rest of the script.

Perea explained that he panicked in the moment, but Peele surprised him by explaining to the 27-year-old that he’d decided to rewrite the script to fit the actor’s performance.

He said: “And I was thinking ‘Oh shoot. This isn’t going well for me.’ But the next thing he said was, ‘You know what? That’s what I’m gonna do. I’m gonna rewrite my whole script.’ And he did.”

As a young actor, getting a major role in a Jordan Peele movie clearly meant the world, and Perea got a little emotional. But to his surprise, he also made the director cry.

“I got the job from there and started crying when he told me and just went on this whole spiel like, ‘Hollywood’s a rollercoaster man! Thank you for giving me the opportunity.’ And then Jordan started crying too. I look at him very highly, and that’s on my belt now, that’s on my resume: I made Jordan Peele laugh and cry.”

So, not only did Perea land a role in “Nope,” he made Peele laugh and cry within the space of two auditions. Now that’s some bragging rights.