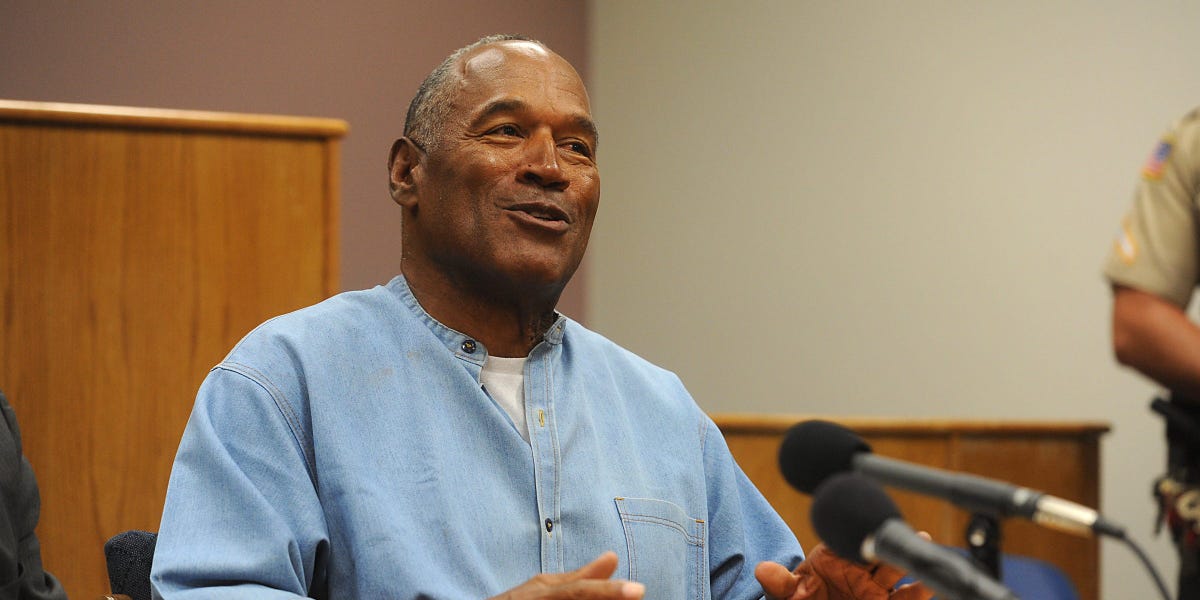 O.J. Simpson congratulated Elon Musk for purchasing Twitter and suggested that “maybe now” the former football star can get verified on the platform.

“Hey Twitter world, it’s me, yours truly. Let me start off today by congratulating Elon Musk taking over Twitter. Maybe I can get authenticated. Maybe I can get a blue check,” Simpson said in a video posted to Twitter, tagging the account that oversees Twitter’s verification policy.

Simpson, who regularly posts commentary about sports and current events in videos on Twitter, complained about the number of accounts impersonating his own, @TheRealOJ32.

“I’ve tried for years to get that blue check because there’s so many fake O.J. Simpson accounts,” Simpson said. “There have been a bunch of them, and from time to time, people would say, ‘Why did you say this?’ And I’d say, ‘I didn’t say it. That was one of those fake accounts.'”

He added that “a lot of people probably deal with that so maybe that will come to an end.”

Simpson was famously acquitted in 1995 for the murders of his ex-wife, Nicole Brown Simpson, and her friend, Ron Goldman. However, a civil trial later found him liable for their deaths, and a jury ordered him to pay $33.5 million to the victims’ families, per The New York Times. Goldman’s family has contended that Simpson refuses to pay the sum, which has doubled over the course of the last two decades, according to USA Today.

Simpson was later convicted of a 2007 armed robbery and sentenced to 33 years in prison, though he was released in 2017 for good behavior and discharged from parole in 2021, according to Forbes.

The first hours of his ownership saw a slew of hate speech and slurs on the platform, while Musk on Friday said he would spend his first day “digging in” to complaints that Twitter had been suppressing right-wing accounts.