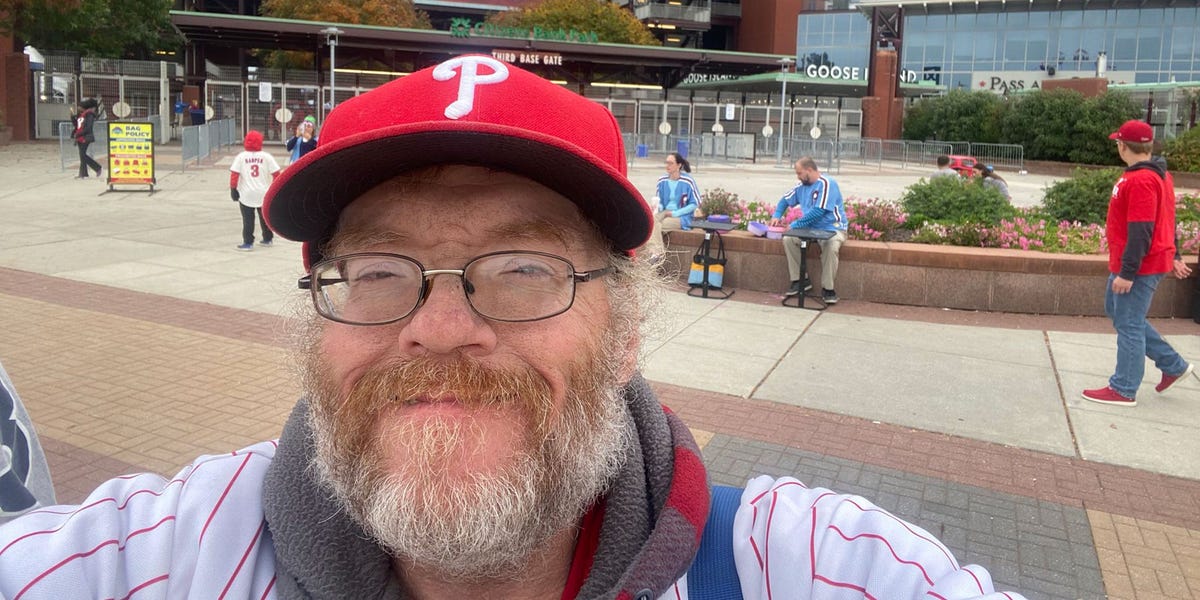 The city of Philadelphia is riding a sports high.

The Phillies are in the midst of a shocking run to the World Series. The Eagles are undefeated. The Flyers and 76ers, just starting off their seasons, still have hope for a good year. Even the Philadelphia Union, the city’s MLS squad, is firing on all cylinders, with the conference final set for Sunday night against NYCFC.

Every year in late October, there is a chance of what is known as a “sports equinox,” when all four major sports are holding events on the same day. Coming into 2022, it had happened 26 times in history.

But thanks to the Phillies rally into the World Series, Philadelphia sports fans are experiencing a similarly rare occurrence — teams from five different professional sports leagues all hosting a game within a single week.

Seeing all five in person would be no easy feat — World Series tickets are hard to come by, Eagles tickets are scarce, and simply put, it’s a lot of time to spend in the stadium complex at the south end of Broad Street that hosts all three of the city’s major athletic arenas.

But Mike Butz has a plan.

Known as “Broad Street Mikey,” Butz has been a diehard Philadelphia sports fan his entire life.

“The first voice I heard was the late, great Harry Kalas,” Butz told Insider over the phone on the eve of what could go down as a historic weekend for Philadelphia sports. “Right there and then, I was hooked.”

Butz was born in Chester, Pennsylvania, and now resides in Westville, New Jersey, just across the Delaware river from South Philadelphia. He has a Wawa order — italian hoagie with pepperoni, provolone, oil, and spicy mustard — and can tell you where he was for basically any key moment in Philadelphia sports history during his lifetime.

His first core Philadelphia sports memory was the 1980 World Series.

“Sitting at home, watching Tug [McGraw] strike out Willie Wilson,” Butz recalls. “I did not get to go to the parade because I was too young to take off school, and my mom wouldn’t let me go to Philly by myself at that age.”

Butz has made up for it since then, sitting in the right field stands as the final outs were recorded in both the 1993 and 2022 NLCS.

Fates aligned this year so that Butz has a chance to attend games of all five of Philadelphia’s top flight teams over the course of the next few days.

The streak starts when the Flyers host the Carolina Hurricanes on Saturday. It will be an early start to the day, as local radio station 97.5 The Fanatic is hosting its Fan Fest at Xfinity Live — a giant bar and restaurant complex located right in the middle of Philadelphia’s stadium plot — starting at noon. Puck drop is at 7 p.m.

On Sunday, Butz will start the day with the Eagles — albeit not as a fan, but as an employee — working the gate at Lincoln Financial Field, as the Eagles host the Steelers in an all-Pennsylvania matchup. Butz says that his streak might come with an asterisk, as he won’t technically be in the stands for the Eagles game, but between the game on the loudspeakers and the reactions of the fans, he’s gotten good at following the action from his spot at the gate.

“I can hear [Eagles radio announcers] Merrill and Mike over the loudspeakers,” Butz says. “And we have little monitors that you can see just enough to know what’s going on.”

Once the Eagles game goes final, things start moving fast. Butz doesn’t drive, relying on Philadelphia’s public transit system to get him in, out, and around the city. After the Eagles are done, Butz plans to hop on the 37 bus at Broad and Snyder and head towards Chester, where the Union play their home matches.

“I’m at Subaru Park in plenty of time for kickoff,” he says.

While Butz had not yet acquired his ticket for the upcoming Union match, “I expect that to be rectified in a day or so,” he tells me.

After a couple days of rest, Butz’s week of Philly sports should continue with the Phillies playing Game 5 of the World Series on Wednesday. And finally, he’ll head back to the Wells Fargo Center to watch the 76ers host the New York Knicks on Friday.

For Broad Street Mikey, the chance to see every team in a week just fell into place.

The Flyers and Sixers games had already been on his schedule, and he was of course set to work the gate for the Eagles as well. A friend with a partial season-ticket plan was able to score tickets for Game 5 of the World Series, and at that point, why not just hit the Union game to finish the streak?

Of course, a few things still have to break Mike’s way for everything to work out. In order for Game 5 to happen, both teams will need to win at least one of the first four games of the World Series. Granted, if it’s a Phillies sweep, Butz probably wouldn’t be all too displeased, but if the Astros sweep, as they have through the first two rounds of the MLB postseason, the dream could be spoiled.

Further, there’s the chance that what starts as a week filled with hope and potential turns to disappointment, but after years as a Philadelphia sports fan, Butz is ready for anything.

“I think the older you are, the more Teflon skin you’ve built over the years,” Butz says of what he’s learned as a Philly sports fan. “When I was younger, I let everything get to me. I expected them to win all the time.

“I have learned over the years — you can’t expect it every year, but when it comes, it’s fun.”

For Butz, there’s joy to be found in the surprise of this year’s Phillies’ run.

“Nobody expected this one bit,” Butz says. “They could have lost in two straight to St. Louis and people would’ve said, ‘Okay, they got to the playoffs. Yeah. That’s all we can expect.’

“Then that six-run inning in the ninth happened, and it all mushroomed. And that’s all you need in the playoffs. You get to the dance, you don’t know what might happen.”

With the Phillies on the verge of a title and the Eagles undefeated, the next seven days in Philadelphia could be filled with a decade’s worth of joyous celebration or a healthy dose of heartbreak.

Whichever it is, Broad Street Mikey will be in the stands watching.