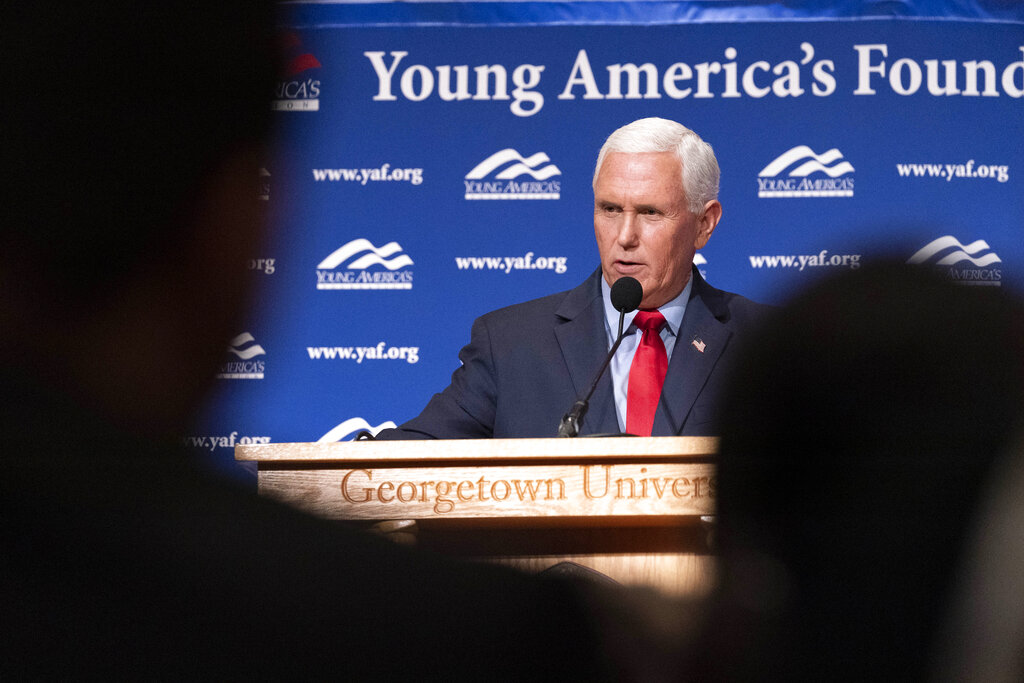 Former Vice President Mike Pence on Wednesday hinted at his own plans for 2024 as he dodged a question about voting for former President Trump in the next election.

“Well, there might be somebody else I prefer more,” Pence said with a smile during an appearance at Georgetown University.

Pence was asked by a student in attendance if he would vote for Trump in 2024 if the former president is the GOP nominee.

“All my focus has been on the midterm elections, and it’ll stay that way for the next 20 days. But after that, we’ll be thinking about the future,” Pence said.

The former vice president is widely seen as laying the groundwork for a potential 2024 presidential bid.

He has delivered numerous speeches outlining his vision for the conservative movement through his own “freedom agenda,” urging Republicans to focus on the future and not the past in a swipe at Trump’s obsession with the 2020 election.

Biden to join MSNBC’S Capehart for interview on Friday

Pence was a staunch loyalist to Trump during his four years as vice president, but since leaving office the two have drifted apart over the events of Jan. 6, 2021, when Pence refused to reject the election results at Trump’s urging.

Pence has since said on multiple occasions that Trump was wrong to think he could overturn the results, while simultaneously touting the policy achievements of the Trump administration on trade, the border and foreign policy.