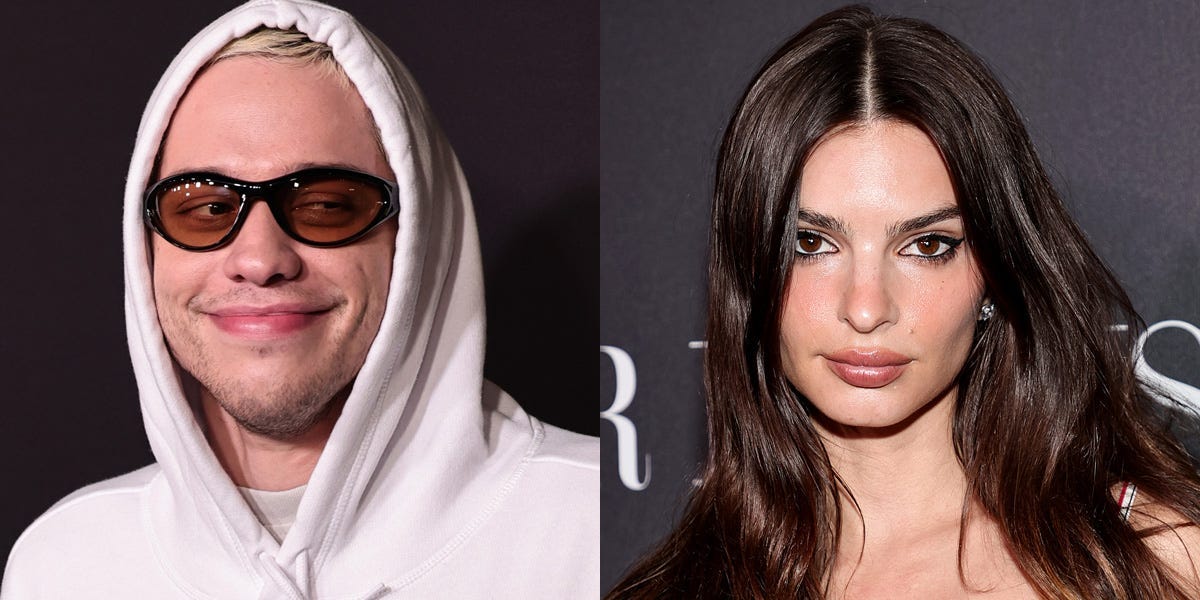 Pete Davidson and Emily Ratajkowski are reportedly dating, according to a source quoted in People.

The unnamed source told the outlet that the two are “seeing each other.” Representatives for Davidson and Ratajkowski didn’t immediately respond to Insider’s requests for comment.

Ratajkowski previously gushed about the “Saturday Night Live” star during an appearance on “Late Night with Seth Meyers” in November 2021.

When asked by Meyers at the time about her experience working with Davidson on a David LaChappelle fashion photo shoot, the “My Body” author called Davidson a “professional.”

“He got into character in a real way,” Ratajkowski recalled her time on set with the comedian. (The comment comes near the 7-minute mark in the video below.) “I was impressed, as a model, I was like ‘Wow.'”

“He’s great,” the model continued, adding: “Good relationship with his mother, we love it.”

Ratajkowski was previously married for four years to film producer Sebastian Bear-McClard, with whom she shares a son, Sylvester. In September, the supermodel filed for divorce from Bear-McClard.

Davidson has been romantically linked to numerous famous women in the past, including Ariana Grande, Kaia Gerber, Phoebe Dynevor, Kate Beckinsale, and Margaret Qualley.

The comedian’s most recent ex is Kim Kardashian, whom he dated for nine months. The couple split in August, and Insider verified that Kardashian and Davidson’s split was amicable.