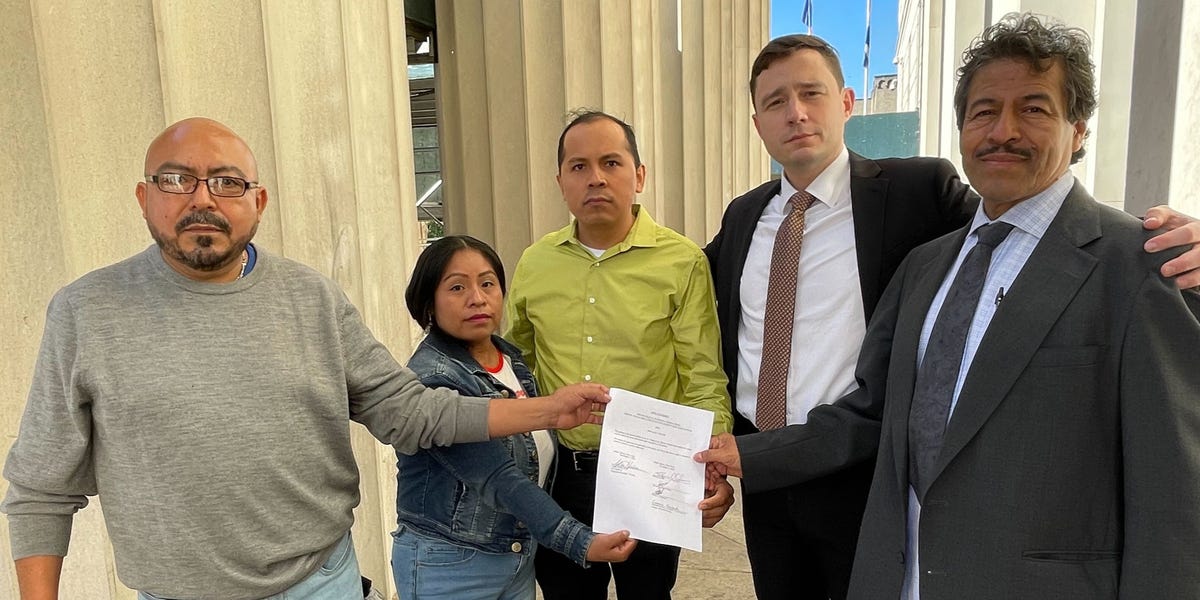 Protestors who had sued former President Donald Trump and alleged his security team attacked them at Trump Tower in 2015 have reached a settlement in the case.

“The matter has been resolved to satisfaction of all parties,” Ben Dictor, the lawyer for plaintiffs in the case, said at the Bronx Supreme Court on Wednesday.

“The parties all agree that the plaintiffs in the action and all parties have a right to engage in a peaceful protest on public sidewalks,” a joint statement from both parties’ lawyers said.

Dictor said the main goal of his clients has always been to have it acknowledged that they were in their right to protest.

“The sidewalk belongs to the people,” he added.

Dictor would not say whether a monetary settlement was reached.

On the third day of jury selection, attorneys met in closed-door meetings for most of the morning while no progression on filling the 12-person jury occurred.

When reporters asked Trump lawyer Alina Habba what was happening, she was cagey with information, only saying “I’m a superstitious woman — I’m not saying anything.”

Jurors were then dismissed for two hours on lunch while meetings continued.

The case centers around a September 2015 “Make America Racist Again” protest outside of Trump Tower.

At the demonstration, protestors wore Klu Klux Klan costumes and carried signs responding to Trump’s comments on the presidential campaign trail that Mexican immigrants are “rapists and drug mules,” attorney Nathaniel Charney, who represents the plaintiffs, said during jury selection.

“The plaintiffs’ claims, in this case, arise from what occurred on the sidewalk that day,” Charney said.

Defendants named in the suit included Trump himself, his company, the Trump Organization, his campaign, his former head of security, and security guards.

The trial was going to determine whether Trump and his security team were guilty of assault and battery and conversion —a civil charge for larceny — for taking signs from protestors.

The plaintiffs accused Trump of siccing his private security team on them during the protest.

While he wasn’t expected to testify, Trump, in a recorded 2021 deposition, said his life was threatened by flying fruit that day.

“It’s very dangerous stuff,” Trump said in the deposition, speaking of a fruit basket full of possibilities. “You can get killed with those things.”