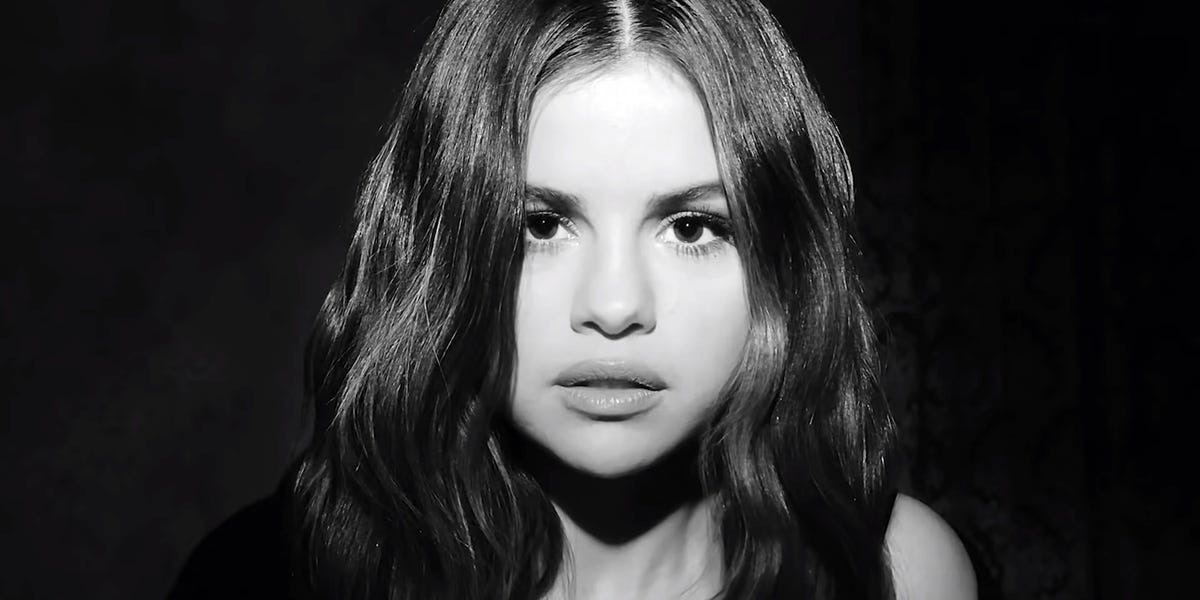 Selena Gomez said “Lose You to Love Me” was “the fastest song I’ve ever written” in a scene from her new documentary.

“Selena Gomez: My Mind & Me” was released on Apple TV+ on Friday and follows Gomez’s struggles with her physical and mental health. About halfway through the film, Gomez is shown accepting the 2019 McLean Award for mental health advocacy. During her speech, she opened up about her bipolar diagnosis.

“Being honest that night helped,” Gomez said in a voiceover. “I texted Julia Michaels and Justin Tranter and said, ‘I think I’m ready to just say I’m sad.'”

Gomez, Michaels, and Tranter went on to write her biggest hit to date, an emotional ballad titled “Lose You to Love Me,” which peaked at No. 1 on the Billboard Hot 100 in late 2019.

“We wrote the song in 45 minutes,” Gomez said. “It’s about more than just a lost love. It’s me learning to choose myself, to choose life, but also hoping that people can find grace and peace in that, too. The song is about knowing that you completely lost every part of who you are, just to rediscover yourself again.”

As her voiceover continued, a montage plays of Gomez getting harassed by paparazzi, all asking questions about her ex-boyfriend Justin Bieber — who had gotten engaged to Hailey Bieber (née Baldwin) a few months before “Lose You to Love Me” was released.

“Everything was so public. I felt haunted by a past relationship that no one wanted to let go of,” Gomez said. “But then I just moved past it. And I wasn’t afraid anymore.”

“I feel like I had to go through the worst possible heartbreak ever,” she added in another scene, apparently filmed in the dressing room for the “Look at Her Now” music video.

“Then just forgetting everything,” she continued, adding, “It was really confusing. But I just think that needed to happen and ultimately it was the best thing that ever happened to me.”

Gomez went on to release “Rare,” an emotional pop album that largely explored themes of depression, heartbreak, betrayal, and rebirth.

While promoting the album on NPR, Gomez said she felt like a “victim to certain abuse” during her relationship with Bieber.

When asked by the reporter if she was referring to emotional abuse, the singer said, “Yes, and I think that it’s something that — I had to find a way to understand it as an adult. And I had to understand the choices I was making.”

She added that she’s since found a way to move on from the relationship.

“I’ve found the strength in it. It’s dangerous to stay in a victim mentality,” she said, adding, “I felt I didn’t get a respectful closure, and I had accepted that, but I know I needed some way to just say a few things that I wish I had said.”