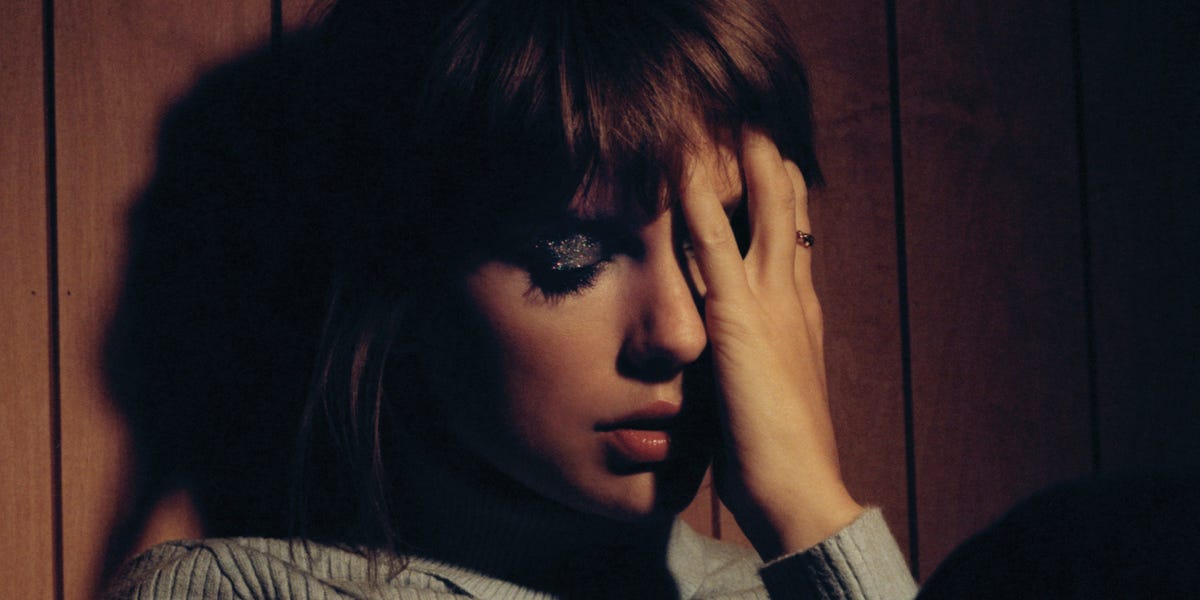 As we wrote in our review, “Midnights” is a lite-pop collection of 13 songs that revisit stories and sounds from Swift’s past.

Jack Antonoff’s production is buffed and glossy, almost to a fault. Swift’s vocals are clear and steady, wiped clean of any grit. Her lyrics waver between vivid and sterile. Several songs are catchy, capable (“Snow On the Beach,” “Mastermind”), yet end up floating along without reaching any real catharsis.

In short, “Midnights” left me wanting more, particularly given its marketing as Swift’s most introspective and tortured album to date. While there are certainly gems (“Maroon,” “Sweet Nothing”) scattered amongst its duds (“Midnight Rain,” “Bejeweled”), none managed to meet the high emotional bar that Swift herself has set.

They didn’t, that is, until the clock struck 3 a.m.

Three hours after the official album was released, Swift unveiled seven additional songs that she dubbed “3am tracks.” These were not part of her “complete concept album,” she explained, but extra peeks into her creative process.

“Midnights (3am Edition)” is a whole new terrain with some fascinating detours: “High Infidelity” plays like an embittered counterpart to “Renegade,” a two-part study of how to kill the one you love; “The Great War” is a battle cry in the name of violet-bruised, bloodstained devotion; “Glitch” delights in its own jittery weirdness as Swift flirts with her friend under a blood-red moon.

Indeed, Swift’s characterization of the “3am tracks” as supplemental instead of essential is absolutely baffling to me, especially since they include the best song on “Midnights” by far: “Would’ve, Could’ve, Should’ve.”

‘Would’ve Could’ve Should’ve’ is everything Swift promised ‘Midnights’ would be, and everything that so much of the album is missing

The penultimate track on “Midnights (3am Edition)” is an adult reflection on a teenage experience that has kept her awake at night — pacing like a ghost, agonizing over what could’ve been, mourning the person she might’ve become.

The soft-rock scorcher, cowritten and coproduced by Swift and Aaron Dessner, is rich with both compassion and conflict. “I regret you all the time,” Swift wails, though elsewhere she admits, “the God’s honest truth is that the pain was heaven.” The trauma turned her memories into weapons, but it also saved her from boredom. These are chilling confessions, but Swift’s honesty is fearless and deeply affecting.

Many have noted the clear connection between “Would’ve, Could’ve, Should’ve” and “Dear John,” the beloved breakup anthem from “Speak Now” that was almost certainly inspired by John Mayer. The two began dating when Swift was 19, while Mayer was 32.

Swift is now 32 and singing about her darkest prediction that became a reality: “I’ll look back and regret how I ignored when they said, ‘Run as fast as you can.'”

“Would’ve, Could’ve, Should’ve” is a sequel to “Dear John” but more urgent-sounding and intricate, building to a bridge that’s almost euphoric in its pain: “Living for the thrill of hitting you where it hurts / Give me back my girlhood, it was mine first.”

There is more intensity and release in those two lines than anywhere else on “Midnights.” Swift’s voice soars, nearly cracking as it reaches its crescendo, backed by Dessner’s warlike drums. It’s the sound of a woman running as fast as she can.

But she only manages to go in circles. Swift revists the structure that worked so well in “August,” rehashing the bridge with a killer outro that mirrors her obsession, her late-night rumination: “The tomb won’t close,” “The wound won’t close.”

Although I’ve been a bit flummoxed by the near-universal acclaim for “Midnights,” Swifties are united in our love for this song. Survivors of abuse have called it “therapeutic” and powerful; queer fans have found meaning in its expression of religious guilt and leaving the “righteous” behind for passion; Nylon opined that it “makes ‘Dear John’ sound like a lullaby.”

While so much of “Midnights” doesn’t land its punches, “Would’ve, Could’ve, Should’ve” is a one-hit knockout.

Insider’s senior music editor Courteney Larocca wrote in our review that “one stellar song does not an album make.” That’s still true.

But if “Would’ve, Could’ve, Should’ve” had been included on the original tracklist — preferably at track five, the slot that’s typically reserved for Swift’s most lyrically poignant songs — the payoff would’ve been immediate and undeniable.

As Swift herself has wondered, if one thing had been different, would everything be different today?