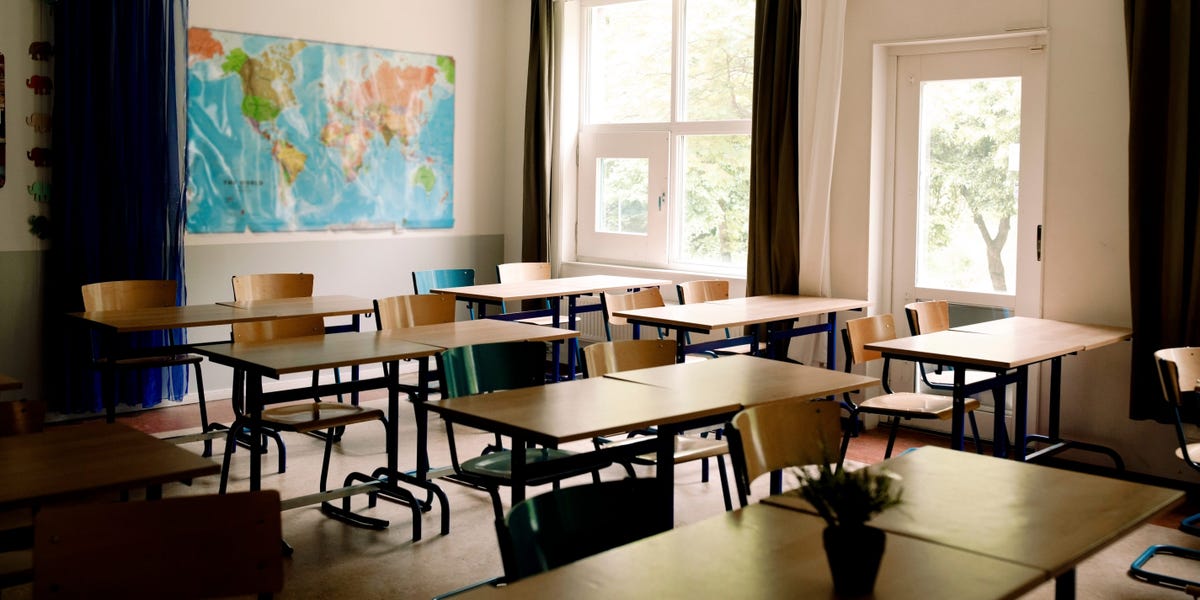 A former middle school teacher said she has faced harassment and had her name “smeared throughout the community” after explicit content she filmed for OnlyFans circulated among former students.

Samantha Peer said in a YouTube statement posted on November 11 that she resigned her position as a science teacher at Thunderbolt Middle School in Lake Havasu City, Arizona, after she was placed on leave when an unnamed “community member” reported her OnlyFans content to the school.

She said that on November 6, after she left her position at the school, some of her explicit content went “locally viral,” and accused former students and their parents of posting her address online and continuing to “harass and intimidate” her, threatening to show the images to her children.

She also said she was harassed at her gym, where members photographed and filmed her, and threatened to cancel their membership due to her presence, leading the gym to terminate her membership.

Peer said in the video that she was told that by resigning on October 31, the school would “not publicize what was going on.” However, two days later, she said photos of her were being spread among other teachers at the school, and her husband, who she said also worked at the school as a long-term substitute, was put on administrative leave and subsequently laid off as a result.

Parents told Arizona CBS affiliate TV station KPHO-TV some of the explicit content appeared to have been filmed in a classroom, and that Peer had posted links to it on public social media profiles, where some students followed her.

Peer denied this in her video, saying she posted under a pseudonym and blocked users from the state of Arizona from accessing her OnlyFans account. She said students were not aware of her explicit content until after her resignation and that links were posted to her main social media accounts following her resignation.

KPHO-TV reported parents received a message from the school saying they were aware that some students had been sharing explicit material depicting a “person who no longer works” there, and asking parents to delete the images.

Peer acknowledged filming the video in the classroom, saying she “wholly” regretted the choice. She added, “The video that was created and advertised was made after contract hours on the weekend. No minors were ever present or involved in the videos.”

Peer said she created the content at the beginning of the summer to help her pay for “basic necessities,” as her family was “not able to survive on our two teacher incomes.”

Peer said she initially picked up extra roles at the school “to make ends meet,” which included becoming co-advisor to the yearbook club and mentoring uncertified teachers, saying, “I don’t think it’s fair that I have to sacrifice my own children’s time because our professional salary did not pay enough.”

According to the National Education Association, Arizona ranks 44th among US states regarding average teacher salary.

She concluded by saying, “I don’t believe my name should be smeared throughout the community when I made one mistake that didn’t affect anybody until other adults began allowing children to access my content.”

In a follow up video posted on November 14, Peer said she wanted to respond to comments that said her previous statement showed a “lack of remorse.”

“I know this was a very big mistake. I never defended myself, saying this is an OK thing to do. Looking back at it, I would never do that again.”