The Department of Public Safety has fired Sgt. Juan Maldonado, one of the state troopers who responded to the May school shooting in Uvalde that left 21 dead.

Maldonado is the latest law enforcement official — and the first state police officer — to be fired in the wake of the deadliest school shooting in Texas history, during which more than 300 officers from agencies across the state waited more than an hour to breach a door and kill the shooter.

Maldonado was the highest-ranking state trooper to initially respond to the May 24 shooting. Body-camera footage released by the Uvalde Police Department shows that at least one DPS officer — Maldonado — was outside of the school within four minutes of the shooting.

MORE: Uvalde schools fire ex-Texas trooper who was at shooting

After the gunman fired more than 100 rounds, Uvalde Police Sgt. Eduardo Canales, a commander of the local SWAT team, stumbled outside. With blood on his hands after a bullet fired by the gunman grazed his ear, he encountered Maldonado. 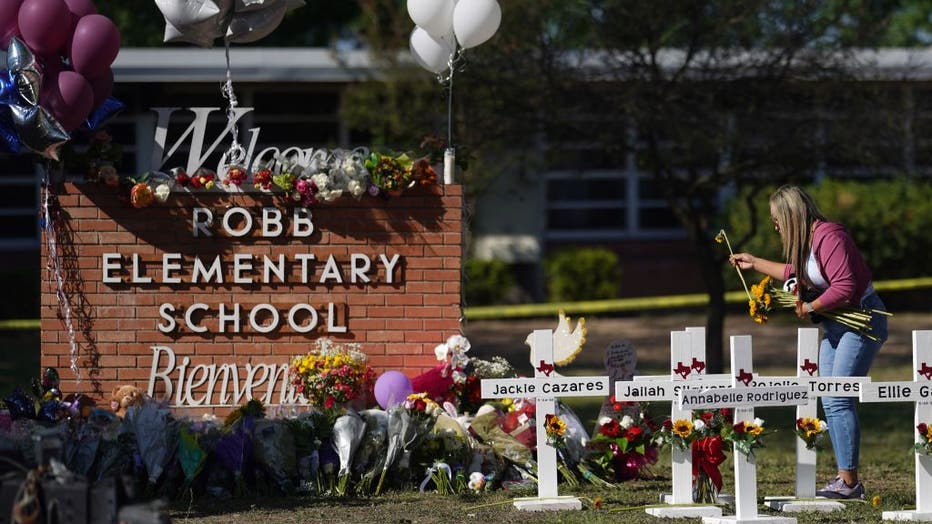 People drop off flowers at a makeshift memorial outside the Robb Elementary School on May 26, 2022 in Uvalde, Texas. – Grief at the massacre of 19 children at the elementary school in Texas spilled into confrontation on May 25, as angry questions mou

“Dude, we got to get in there,” Canales told Maldonado, who, according to DPS, drove one of his closest friends, Ruben Ruiz, a Uvalde school district police officer, to the campus that morning. Ruiz’s wife was a teacher at the school.

Eleven minutes later, Ruiz told officers that his wife had called him and said she had been shot. But officers continued to treat the situation as if they were dealing with a barricaded suspect instead of an active shooter. According to law enforcement doctrine, active shootings require that the first action by officers, no matter their rank, should be to immediately “stop the killing.”

The Texas Tribune is a nonprofit, nonpartisan media organization that informs Texans — and engages with them — about public policy, politics, government and statewide issues.