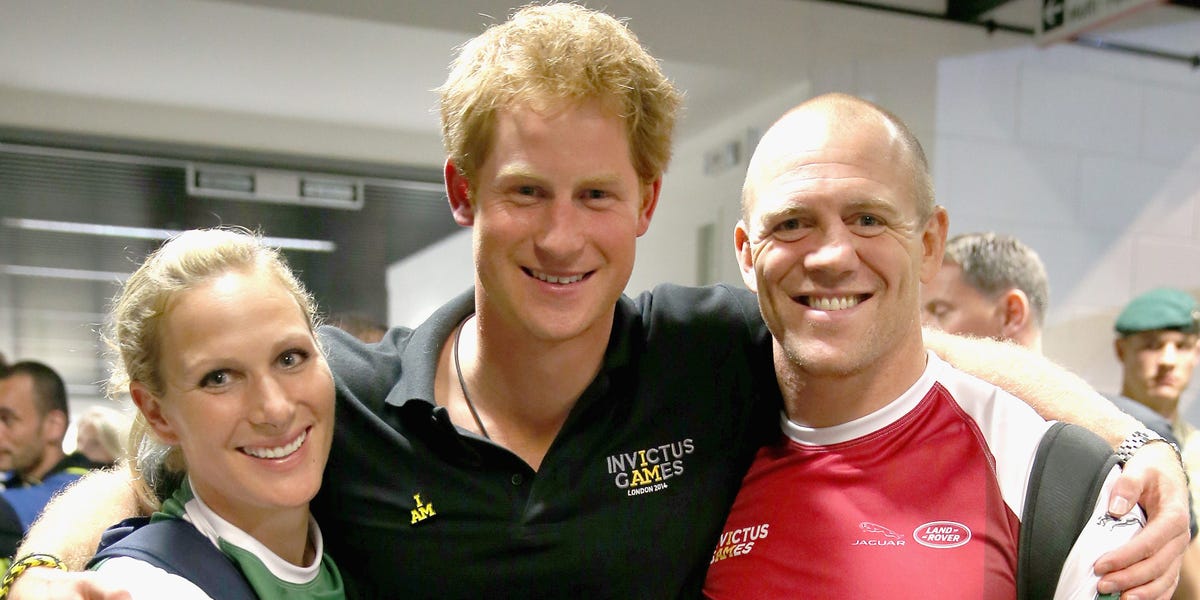 The Queen’s grandson-in-law Mike Tindall has become the first member of the British royal family to participate in a major reality competition.

Mike, 44, is currently starring in “I’m a Celebrity… Get Me Out of Here!” a reality show in which celebrities live together in a rainforest in Australia and compete in challenges in order to be crowned “king” or “queen” of the jungle.

The first episode of the new season aired on the UK’s ITV on Sunday and it is expected to air daily episodes until the end of November, iNews reports.

Mike is best known as a former professional rugby player and member of the British royal family. His wife is Zara Tindall, granddaughter of the late Queen Elizabeth II. Mike and Zara aren’t working royals — meaning they don’t carry out royal duties — however, they often attend royal events publicly and privately.

“Zara told me to go and be myself, which is all you can be. She said to go enjoy yourself and be yourself. Zara’s biggest worry is how loud I am when I eat,” Mike told The Mirror before his appearance on the series.

Mike began his rugby career in Bath, England, in 1997 and was part of the England squad that won the Rugby World Cup in 2003 in Australia, according to ESPN.

Mike was introduced to Zara in 2003 by her cousin, Prince Harry, in Sydney, Australia, The Sun reports. Mike and Harry appear to have a lighthearted friendship, which was evident when Mike said he jokingly punched the prince while they celebrated England’s 2003 Rugby World Cup win together in Sydney.

Speaking at the event A Question of Sport Live in September 2021, Mike said he “thought it would be amusing to throw a few punches” at Harry to see how long it would take his security team to react, the Daily Mail’s Richard Eden reported.

Mike said it took just a few seconds before Harry’s protection officers pinned him to the ground, the publication added.

Mike was awarded an MBE by the Queen in recognition of his sporting achievements in 2007, according to the sporting hospitality organization Hospitality Finder.

He was named captain of England’s Rugby squad in 2011, The Independent reported at the time, and he retired from professional sport in 2014.

He currently co-hosts the podcast, “The Good, The Bad, and The Rugby,” with James Haskell and Alex Payne. Mike dedicates a lot of his time to charity work, having close associations with Cure Parkinsons, a charity that aims to fund research for Parkinson’s Disease in the UK.

Mike and Zara dated for seven years before getting engaged in July 2010, according to the royal family website. They tied the knot at Canongate Kirk in Edinburgh, Scotland, in July 2011 followed by a reception at the Palace of Holyroodhouse, the royal family’s official residence in Scotland.

Mike and Zara have three children together: Mia Grace (born in 2014), Lena Elizabeth (born in 2018), and Lucas Philip (born in 2021). Their children do not have royal titles, and Zara was also born without a title.

Zara’s mother, Princess Anne, previously spoke about her decision to not give her children titles. In 2020, she told Vanity Fair that she believed it was “easier” and the “right thing to do” to bring her children up without them.

Mike appears to have a good relationship with Zara’s family, as he has attended many royal family engagements throughout the years. He has spoken openly about his experience with royalty, and previously said he almost accidentally curtsied to King Charles.

Speaking on his podcast in September, Mike said the incident happened during a private family meeting.

“Without thinking about it. I was just following behind my wife, so her curtsy, sort of — and then fortunately didn’t,” he said.  Mike said he managed to “style it out” into a lower bow, adding: “I might have looked like I stubbed my toe or something on the floor.”

Representatives for Mike Tindall declined to comment when contacted by Insider. Buckingham Palace did not immediately respond to Insider’s request for comment.