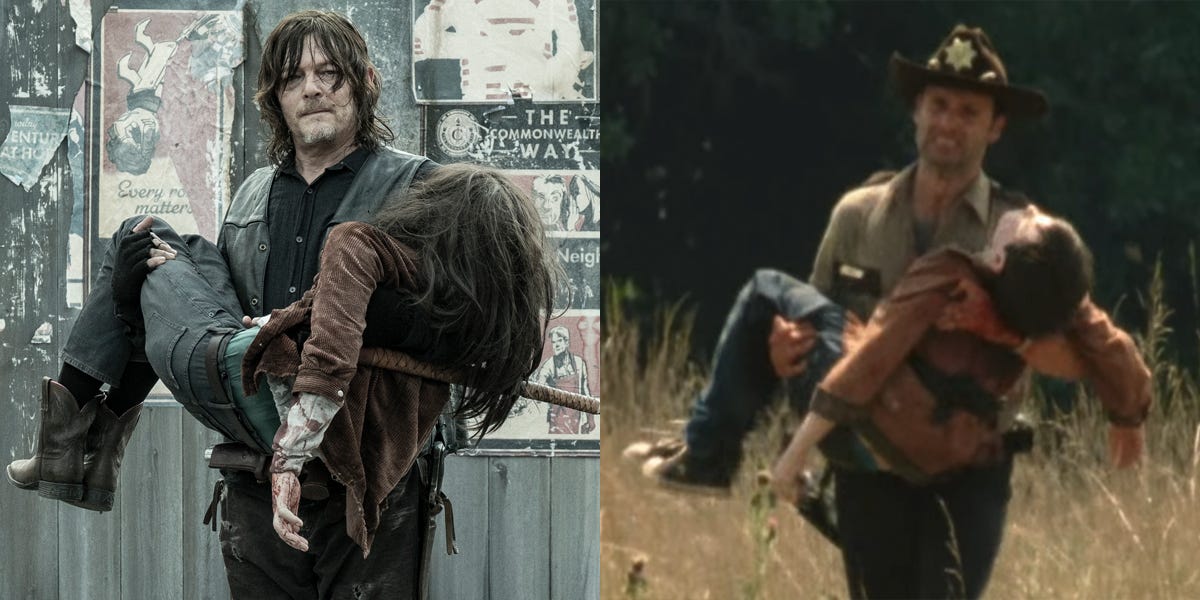 Judith’s gun shot wound and Lydia’s amputation may have been teased near the episode’s start.

As Judith narrates the episode’s start, footage of other cast members appears on screen. She calls them her family and mentions how they’d do anything to protect one another. As they’re preparing to fight the Commonwealth, she mentions how fighting for a new beginning comes with a cost.

Judith mentions that word twice in her speech.

The first time she says it, the voice-over is matched with footage of Aaron putting on his mace arm. Later in the episode, Lydia gets bit and Aaron and Jerry need to amputate her arm. Aaron comforts Lydia by reminding her that he went through the same thing and it turned out all right.

Moments later, Judith ominously says, “There’s always a cost.” Immediately after, a shot is heard. It’s not a gun, but Daryl’s crossbow firing. Late in the episode, Judith is shockingly shot and Daryl is the first one to come to her aid.

During a first watch of the episode, you’re fixated on what the cost of the group’s fighting will be. Viewers are made to believe that one of the people shown in the montage at the episode’s start — Rosita, Gabriel, Magna, Connie, Kelly, Princess, Ezekiel, Negan, Maggie, Aaron, Jerry, Lydia, Eugene, Yumiko, Carol, and Daryl — die during the fight against the Commonwealth. (And, perhaps they still will.)

But during a second viewing, it seems like the pairing of the line and sound of the shot foreshadowed where Judith would end up by the episode’s end.