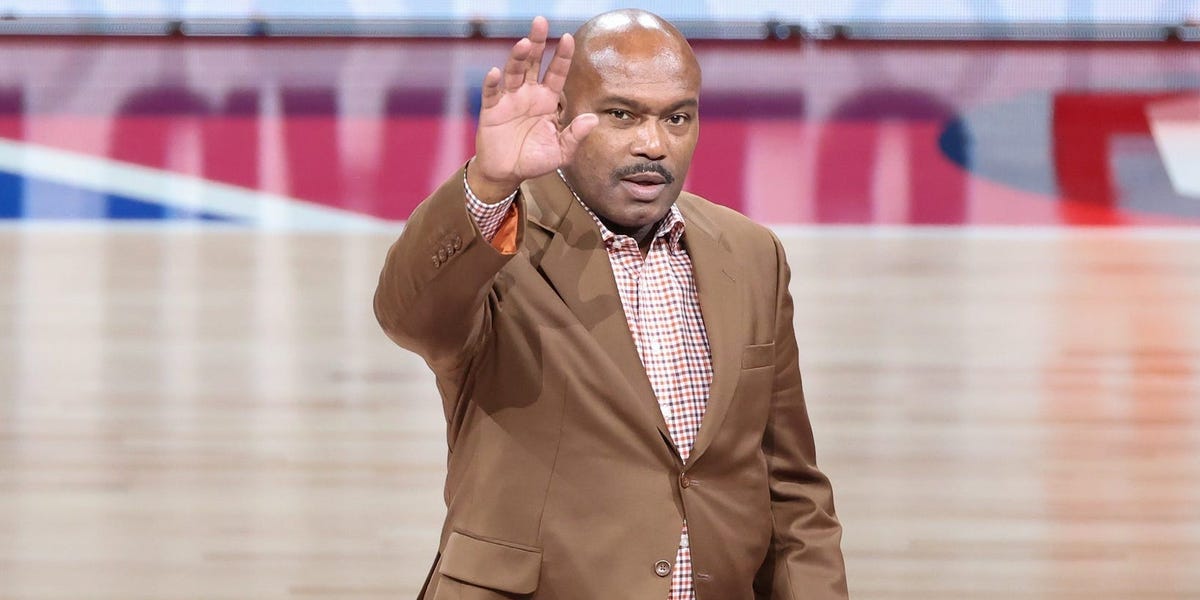 NBA Hall of Famer and former All-Star guard Tim Hardaway apologized for comparing a foul to rape during a Golden State Warriors game.

During the third quarter of the Warriors’ 132-95 win over the San Antonio Spurs, Stephen Curry got fouled on a three-point attempt. After the whistle, Hardaway said, “So y’all thought that was great D? I thought that was just raping him. I think they should call the police on that.”

Neither Mullin or Richmond really acknowledged the comment and the booth moved on.

Later in the game,. Hardaway briefly addressed the cameras and apologized.

“I used a poor choice of words earlier in the broadcast,” Hardaway said. “I wanna apologize for that, and let’s get back to the game.”

According to ESPN’s Kendra Andrews, Hardaway admitted that he barely paid attention during a 45-minute production meeting held a week before the game.

“But, one thing the producer made very clear: what you cannot say on air,” Andrews wrote.

NBC told Insider that there are currently no plans for Hardaway to appear on future broadcasts.