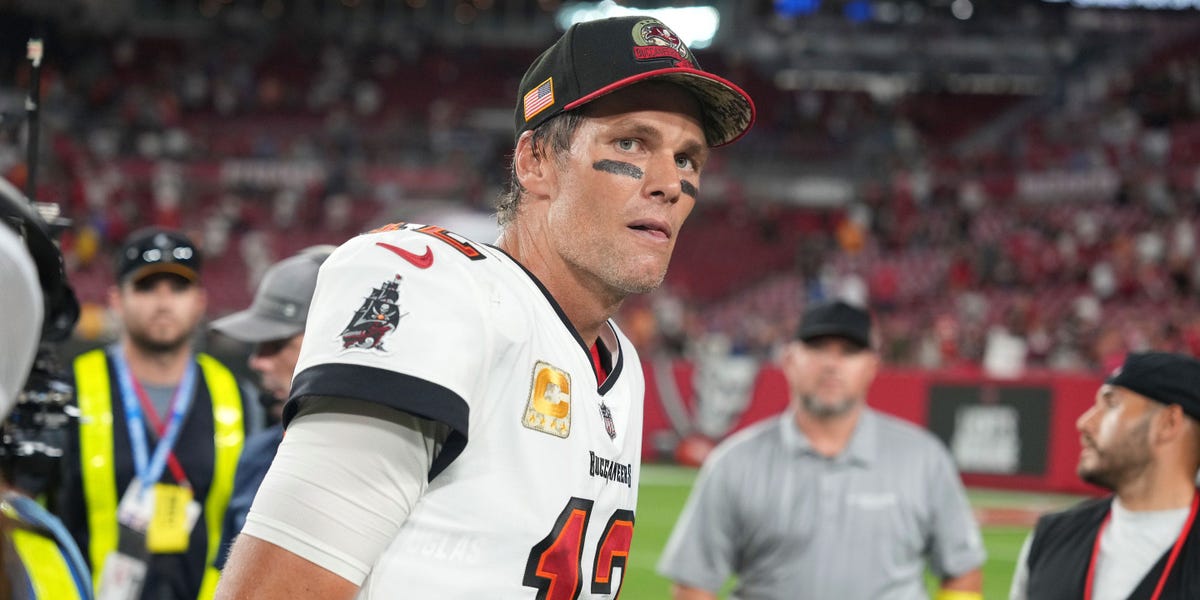 Tom Brady’s comeback story has not gone according to the script.

After briefly retiring and subsequently un-retiring in the off-season, Brady has been veering the Buccaneers’ season toward the edge of disaster.

Heading into Sunday’s matchup against the Rams, the Buccaneers had lost five of six games, and their preseason hopes of contending for a Super Bowl were replaced with worries that they wouldn’t even make the playoffs.

For 59 minutes on Sunday, it was more of the same for Tampa Bay. While the defense held well enough, the offense was stagnant, with Brady and company earning just three field goals of offense before the final stretch of action.

It looked as though the Buccaneers were about to drop to 3-6 on the season — not quite mathematically eliminated, especially in the struggling NFC South, but an afterthought in an NFC with several up-and-coming contenders.

But at the last possible second, Brady found some of the magic that made him the GOAT, leading the Buccaneers on a touchdown drive in just 35 seconds to steal a win.

The drive began with a stop from the Tampa Bay defense, giving the ball back to Brady with 44 seconds left on the clock. It was the third straight three-and-out forced by the Buccaneers defense.

With the Rams defending on their heels, Brady worked the middle of the field, picking up chunks of yards at a time with throws to tight end Cade Otton and running back Leonard Fournette.

On the next play, Brady found Otton again to take the lead with the Buccaneers’ first touchdown of the game.

You can watch the whole drive unfold here.

It was a masterful bit of game-management from Brady, who has not looked like himself during the Buccaneers’ difficult stretch.

After the drive, Brady embraced offensive coordinator Byron Leftwich on the sidelines. It looked like quite a release for both men, who have come under plenty of criticism over the past few weeks.

Brady, who in addition to his quarterbacking duties hosts a weekly podcast with commentator Jim Gray on SiriusXM, hasn’t had many good things to talk about of late. Week after week, Gray would ask Brady what wasn’t working with the Buccaneers, and Brady would fall back on the same safe critiques — it’s hard to win in the NFL, we aren’t making the plays that we need to make, etc.

For Brady, a win finally means a bit of relief from all the scrutiny that comes with being the greatest of all time and struggling when the world isn’t used to seeing you struggle.

In his postgame press conference, Brady summed up his feelings simply.

“That was awesome,” Brady said. “That was fucking awesome.”

With the win, the Buccaneers move to 4-5 on the year, retaking control of the NFC South.

Next week, they travel to Germany to take on the Seattle Seahawks in the latest edition of the NFL’s international series.