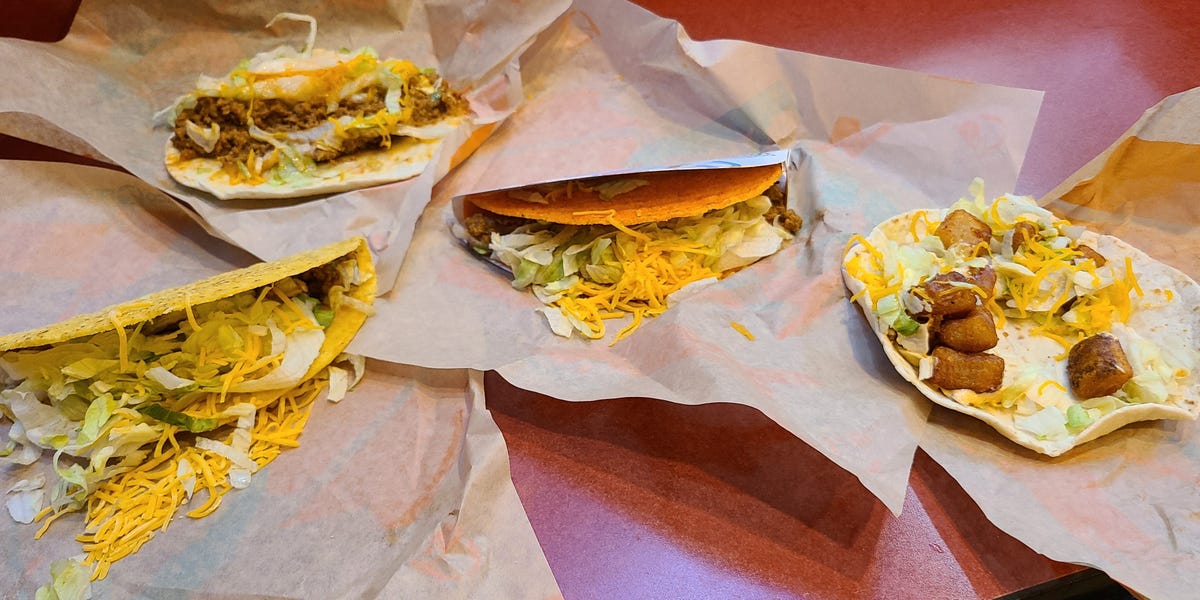 I’m on a mission to eat and rank everything on Taco Bell’s menu.

This is the first installment of an odyssey I’ve been hoping to embark on for years: Eating everything on Taco Bell’s menu.

I desperately want to do the entire thing at once, but it’s an impossible task. Instead, I decided to split it into sections, starting with tacos.

It’s the first review I’ve written from inside the establishment since before the pandemic, so I felt nervous and self-conscious. How would the cashier react when I went up and asked for every taco?

She didn’t quite grasp the request, which I mumbled inaudibly. She said they only had three tacos then asked if I wanted them regular or Supreme. I didn’t quite understand what she was asking and ended up walking away with three Taco Supremes.

After finishing the initial selection, I took a trip back to the register (the cashier didn’t recognize me) to complete the gauntlet with the regular tacos.

After both trips to the counter, I ranked every taco on the menu from worst to best.