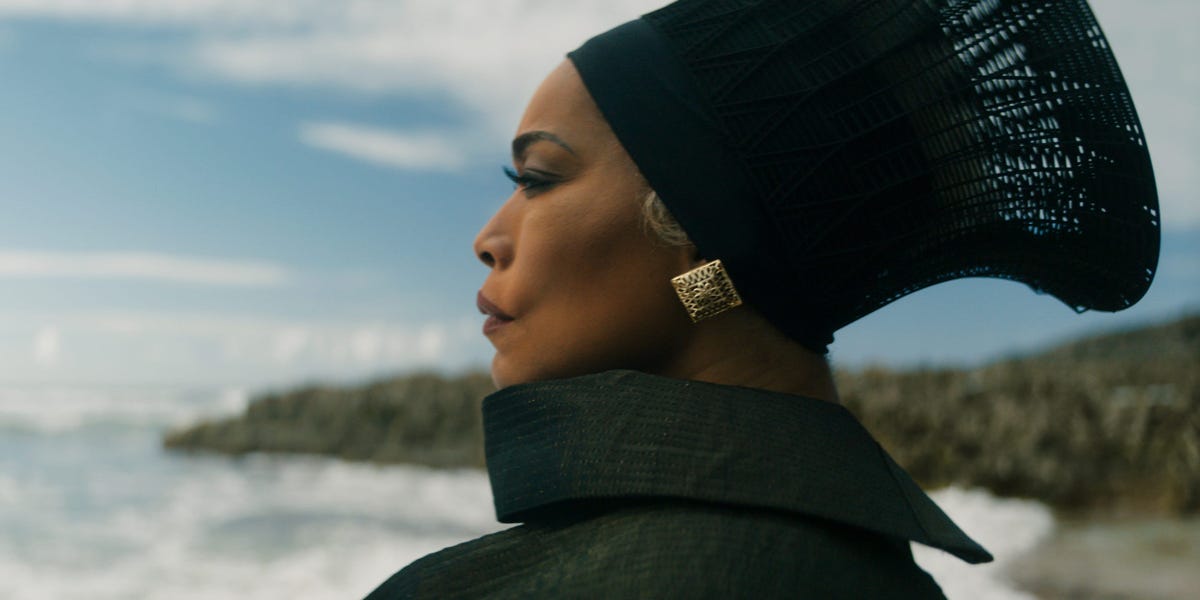 “Black Panther: Wakanda Forever” is easily Marvel’s best movie of the year, but that’s by default.

After a divisive “Doctor Strange” sequel and a middling fourth “Thor” outing, Marvel bounces back with a must-see event of the fall.

Four years after 2018’s Oscar-winning “Black Panther,” director Ryan Coogler returns with a gripping exploration of grief, loss, and motherhood dedicated to Chadwick Boseman, who died in 2020 after a private battle with cancer. The late actor’s absence is explained straight away, as the movie uses his character’s death as a jumping-off point.

As the Wakandans mourn the loss of their king, outside countries see an opportunity to get their hands on the nation’s valuable vibranium for their own nefarious purposes, including creating weapons of mass destruction.

As a result — if that wasn’t already enough to deal with — a new threat from a secret underwater world, Talokan, emerges, conveniently making itself known only to Wakanda.

The movie jumps across no less than 10 locations and introduces another major character midway through, making the feature overwhelming to process on a first watch.

But after screening the film twice, once in Dolby and once in Imax, it’s clear “Wakanda Forever” is one of the rare Marvel sequels that vastly improves with repeat viewings.

While full of breathtaking visuals, a few truly shocking moments, and another Grammy-worthy soundtrack from Ludwig Göransson, the sequel wastes a decent portion of its lengthy two-hour-and-41-minute runtime on setting up spin-offs when it should’ve been spending time with a few important characters.

Coogler does an exemplary job of capturing how we grieve and mourn our loved ones by showcasing the vastly different ways in which T’Challa’s loss has affected everyone in his life – his mother Ramonda, his little sister Shuri, his partner Nakia (Lupita Nyong’o), and his close confidant and general, Okoye (Danai Gurira). Some have moved forward while others struggle to cope with their grief.

Told largely through the eyes of Shuri, “Wakanda Forever” focuses on the princess’ avoidance of her grief. Wakanda’s brightest would rather bury herself in her lab work than face her pain.

Angela Bassett steals every single scene as a queen who, despite losing a son and a husband in the past two films, is leading a nation and fending off potential threats while never missing a beat and looking flawlessly regal.

The emotion in her line delivery is palpable, whether she’s tersely cutting down foreign governments at a United Nations meeting or gently trying to break down her daughter’s walls one-on-one. It’s a performance so rich and so nuanced that it may earn Bassett a best supporting actor nod.

Other highlights include Gurira who returns as the leader of the Dora Milaje and gets a larger role in the sequel along with the film’s best fight sequence and a few well-placed laughs.

Winston Duke returns as fan-favorite M’Baku, bringing some much-needed levity to the movie’s sometimes depressing tone and offering a softer side as counsel to Ramonda’s family.

Though M’Baku’s in the sequel more than the original, men mostly take a backseat in this film.

One of the sequel’s greatest strengths is showcasing its Wakandan women front and center in nearly every scene, effectively giving its female characters a bigger spotlight than in any previous Marvel movie. It even introduces a few new leads: Riri Williams/Ironheart (Dominque Thorne), a 19-year-old genius who gives off a Peter Parker-like charm, and quirky and fearless Dora Milaje warrior Aneka (Michaela Coel).

Namor’s one of the MCU’s best antiheroes in years, but the movie doesn’t explore his people enough

If the guy your mom warned you about was a Marvel villain, it would be Namor.

Tenoch Huerta delivers the film’s second-best performance as one of Marvel’s oldest characters, Namor, who dates back to 1939. In “Wakanda Forever,” Marvel changes up the ancestry of the character. No longer from Atlantis – likely to differentiate him from DC’s Aquaman – here, he’s the king of Maya descendants, called Talokanil, with a tragic backstory.

Throughout the movie, Namor effortlessly flips the switch from a charming and suave God to a fearsome antihero, callously dishing out ultimatums with a stare so severe it pierces your soul.

By the end, Namor’s shocking actions make him an obvious contender for the new top MCU baddie since Thanos was obliterated.

His underwater home of Talokan is introduced in one of the film’s most gorgeous sequences. Unfortunately, “Wakanda Forever” doesn’t spend time fleshing out any characters associated with Namor, apart from vaguely introducing two of his warriors: Attuma (Alex Livinallli) and Namora (Mabel Cadena).

By pitting the Wakandans and Talokanil against one another for a large chunk of the film, Coogler delivers a larger, heartbreaking message about the dynamic between Black and brown communities and a call for unity. But it would’ve held a deeper meaning if the film explored Namor’s people more in-depth.

Instead, because the viewer feels little to no attachment to most of these characters, the film perpetuates a harmful stereotype that those of indigenous descent are aggressive and dangerous warriors.

“Wakanda Forever” is best when it’s not an ad for Marvel’s various shows and movies. The sequel spends so much time setting up future Marvel storylines that it detracts from its emotional core.

The movie constantly competes with being a send-off for Boseman, an introduction to Namor’s underwater realm, a backdoor pilot for Disney+’s “Ironheart” series, and a precursor to Marvel’s “Thunderbolts” and possibly “Armor Wars” movies.

While Thorne’s presence as Ironheart is enjoyable here, we didn’t really need her, CIA agent Everett Ross, and at least one other surprise cameo. Their combined screen time could’ve been used to better flesh out Namor’s people.

The Marvel sequels and movies are in danger of becoming little more than commercials for future releases instead of standalone films that work on their own. “Black Panther” was special because it told a strong standalone story focused on father-son dynamics. While the sequel ruminates on the mother-daughter bond between Shuri and Ramonda, that message gets muddled in its (at least) three other subplots.

But while “Wakanda Forever” is not better than its predecessor, it’s a worthwhile return to Wakanda.

As the MCU closes its chapter on its fourth phase of films, the lesson here is that less is more.