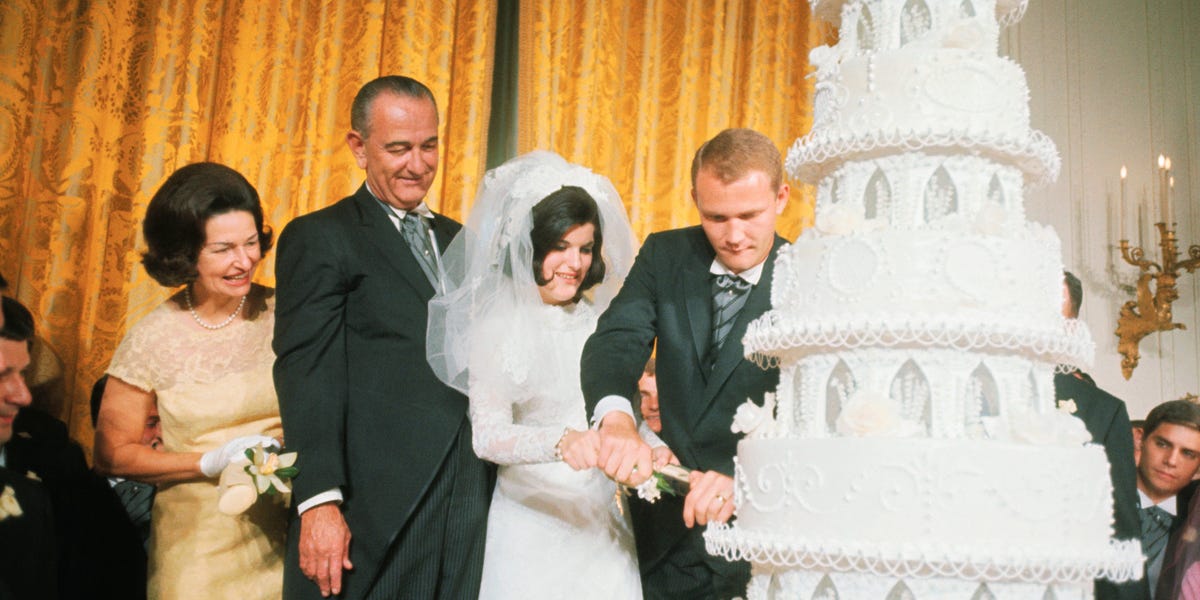 President Grover Cleveland became the first and only president to marry in the White House when he wed Frances Folsom in 1886.

The wedding, held in the Blue Room of the White House, was attended by 28 guests.

After the wedding, Frances had her ivory satin dress altered into an evening gown that she wore for formal events. According to the History Channel, the fabric was so stiff that the dress could stand up by itself.