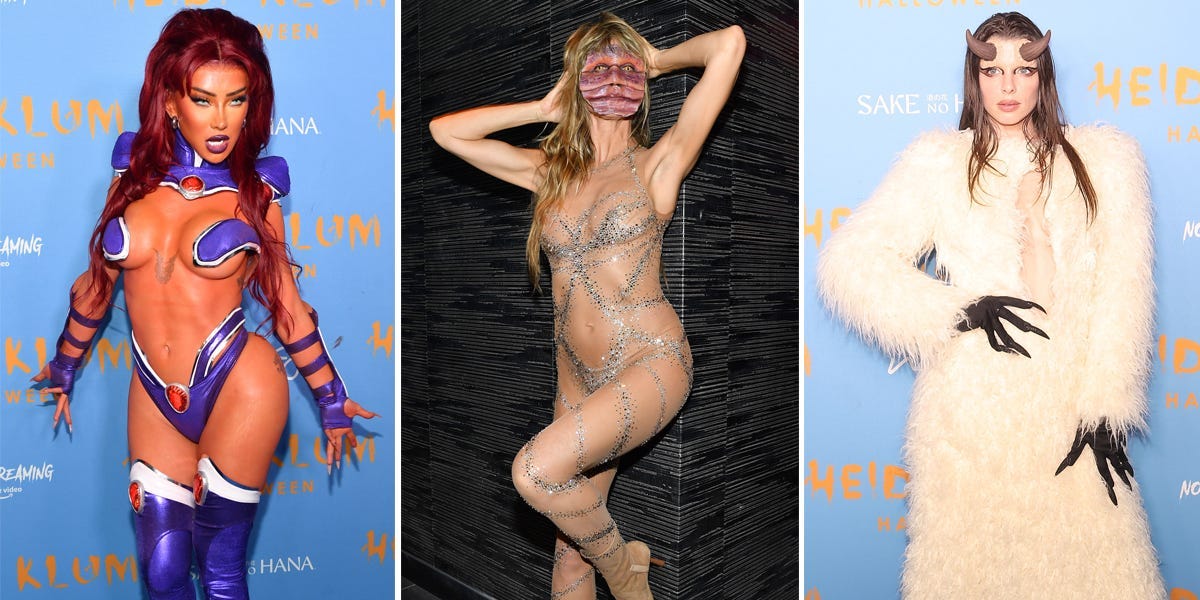 Heidi Klum dressed as a giant worm attached to a fishing pole that was carried by her husband, Tom Kaulitz, who went as a fisherman.

Klum’s costume concealed her entire body, including her arms and legs, and curled around the floor to mimic a real worm.

Kaulitz, on the other hand, kept his look simple. He wore a fishing hat, a plaid shirt, and overalls.

During the actual party, Heidi Klum changed into a barely-there bodysuit.

Her see-through suit was covered in rows of silver sparkles, and she wore the garment with brown boots.

She continued wearing the mask from her worm outfit.

Taylor turned herself into Buttercup, wearing a red dress, tiara, and golden wig.

Her sister Mackinley served as her Westley. She wore a black shirt and pants with a black mask, and she carried a sword.