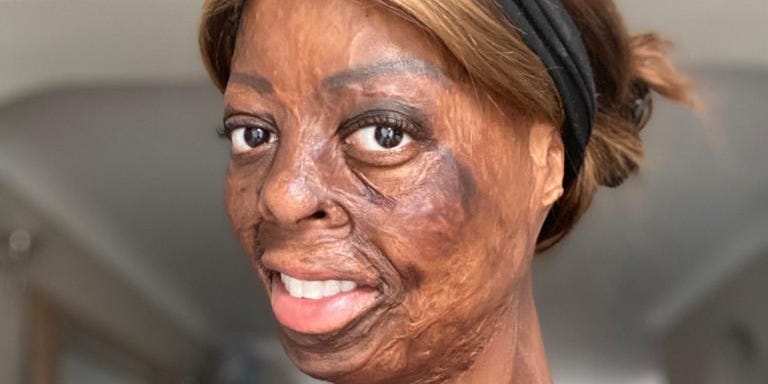 Brittany Leigh, 25, of Adelaide, Australia, has Bell’s palsy. The condition has paralyzed the right side of her face, creating a crooked smile.

My heart sank when the movie “Hocus Pocus 2” was released last month. One of the witches in the film, played by Kathy Najimy, pretends to have a crooked grin.

Online trolls have said that we look alike. But my smile looks uneven because of my condition. Bell’s palsy causes muscle weakness that’s made my cheek and mouth droop.

Some people have commented on my social-media platforms that I look like Two-Face from “Batman.” Others have said, “At least you don’t need to dress up for Halloween. You could be one of the Sanderson sisters.”

It seems like everyone with a facial difference gets compared to one character or another in films, video games, and TV.

It’s frustrating. I’ve spent a lot of time and energy trying to educate people about facial differences, but it feels like the world is choosing to not listen.

But it’s not enough to put me off. I want future generations of girls and boys to not experience discrimination. They should feel good about themselves.

We need to be seen and understood so discrimination goes away

When a friend puts together a Halloween costume that incorporates facial differences, it’s an opportunity to start the conversation. If you feel comfortable and safe to do so, you can use resources like our new social-media campaign to show them how it affects the facial-difference community.

I would love to see stores no longer stocking items for Halloween like fake scars and Freddy Krueger masks. But it’s only going to happen when demand is no longer there.

Small steps like the TikTok video will make a difference. We need to make noise so people understand why it’s important. Once people are aware, we can start making change.